Couple add strength to spine through The Spine Foundation 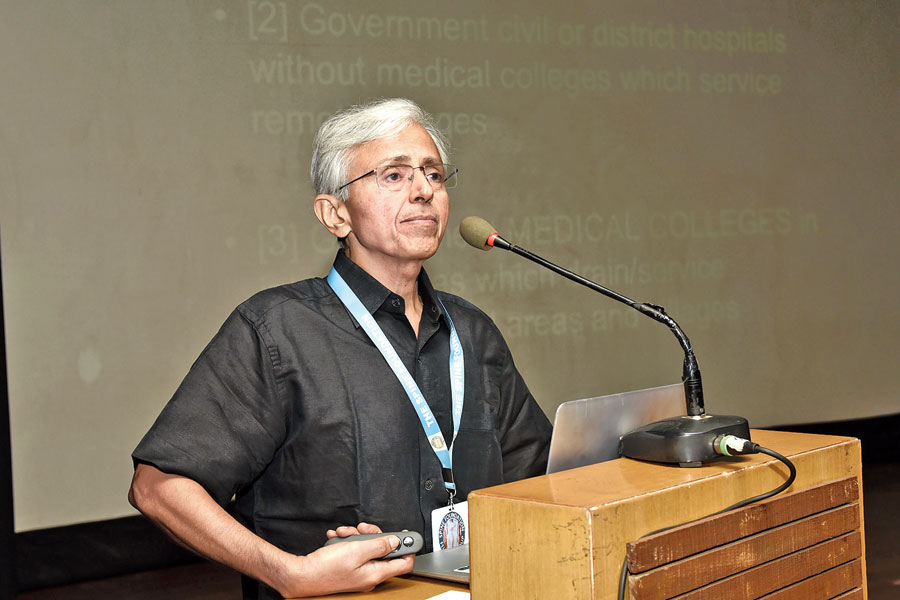 A farmer in Gadchiroli, a district in Maharshtra bordering Chhattisgarh where a majority of the population live below the poverty line, started suffering from back pain in 2011.

Baburao’s pain became so intense that he could not button his shirt, leave alone work on the field. His livelihood depended on physical labour and his family was staring at starvation when he was taken under the wings of medical charity.

He was diagnosed with tandem spinal stenosis, which means his nerve was getting pinched in two or more places in the spine.

In 2012, he went under the knife. The farmer underwent not one, but two simultaneous surgeries — one team treated the compression at the neck and the other operated on the lower back. The doctors delivered and Baburao was back to his normal self.

Baburao is one of the thousands whose lives have been changed by The Spine Foundation, which caters to rural and urban poor who cannot afford spine treatment. The foundation, set up by Mumbai-based doctor couple Shekhar and Shilpa Bhojraj in 1998, have so far treated more than 10,700 patients, performed over 400 operations in more than 50 camps organised at various parts of the country.

The doctor couple and their team members are in Calcutta for a fundraiser exhibition that was inaugurated at the Indian Council for Cultural Relations on Saturday. The Art of Spine Care, partnered by The Telegraph, closes on Sunday. It features sketches, paintings and photographs by Shekhar Bhojraj.

Shekhar Bhojra's painting of a baby plant growing from a broken spine, part of the exhibition

“I don’t have any formal training in art. But I have been painting for four decades. In medical school, I was a cartoonist and regularly contributed to the college magazine. The photographs have been shot on my phone,” the 62-year-old doctor told Metro after the inauguration.

Among his personal favourites is a painting that shows a baby plant growing from a broken spine. “This shows that a broken spine from where the spine is trying to regenerate. The spinal cord is trying to find a new life. This was done as a logo for a rehabilitation programme for an NGO,” he said of the artwork — a sketch on paper with crayons and some watercolour. The painting on paper has been shot and printed on a canvas.

Among the doctor’s favourite photographs is a rain drop on the verge of falling off a green leaf. The picture is titled Cliffhanger. “This was taken in Gadchiroli during the monsoon,” he said.

The exhibition-cum-fundraiser in Calcutta is the third, after editions in Mumbai and Pune.

A coffee-table book of the foundation describes Shekhar Bhojraj as the “first specialised dedicated spine surgeon in the country”.

One of the biggest camps that the foundation runs is in Gadchiroli, about 1,000km from Mumbai and close to a five-hour drive from Nagpur.

The area is covered with forests. It is also known as a Maoist hotbed. “We work for the poor and have not faced any problems from the Naxals. We don’t represent the government,” Bhojraj told The Telegraph.

The Bhojraj couple were turn inspired by another doctor couple, Abhay and Rani Bang, whose landmark efforts in reducing the infant mortality rate in the district had fetched them a Padma Shri in 2018.

Asked about projects in Bengal, Bhojraj said: “The closest from here is in Ranchi. We want to set up base in Bengal. But we need some local stakeholders.”