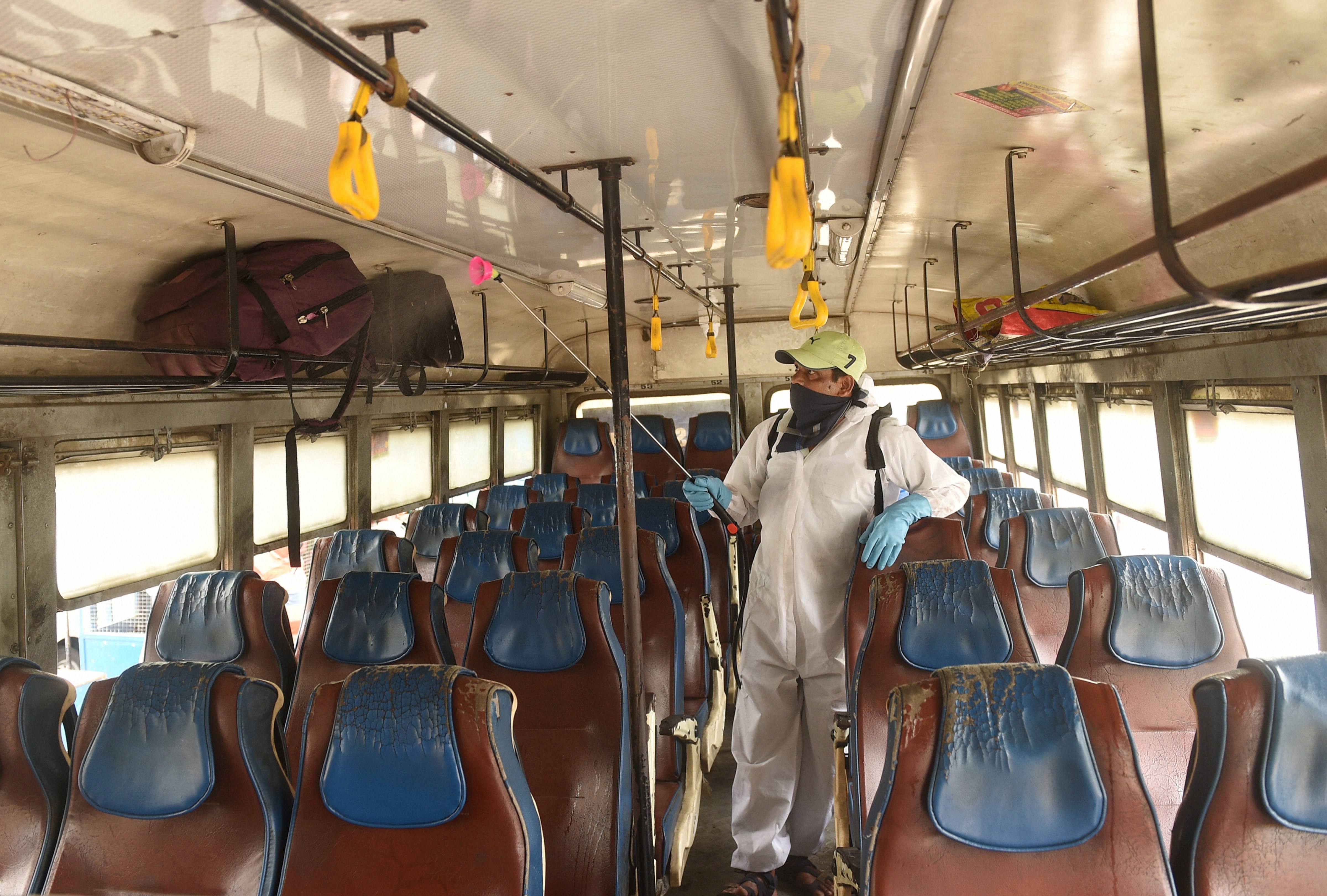 A health worker sanitizes a public bus after the authorities permitted to start the interstate bus service, during the ongoing Covid-19 nationwide lockdown, in Calcutta, Wednesday, May 27, 2020.
(PTI)
Meghdeep Bhattacharyya   |   Calcutta   |   Published 31.05.20, 08:18 PM

Bengal on Sunday reported the highest number of Covid-19 cases and intra-day tests at 371 and 9,354, respectively, while the count of cured persons went past the 2,000 mark with 187 discharges being reported in a 24-hour period.

The sudden surge in the number of patients has been attributed by the Mamata Banerjee government to high incidence of infection among returning migrant workers, which is believed to be the main cause of 1,834 cases found in just a week.

At least 344 — around 93 per cent — of the 371 new cases were reported from districts experiencing the influx of a large number of people who were stranded elsewhere in the country during the previous phases of the lockdown.

“Newer records of rise in cases will be set almost every day now, week after week,” said a Bengal minister.

“As Didi (Mamata) has said, there is nothing we can do to stop this since the Union railways ministry did not cooperate,” said the minister. He said the state administration was doing everything humanly possible regarding the medical protocol and quarantine of the returnees, but it could have been handled much better if the load of the returns was spaced out.

The number of deaths directly from the pathogen touched 245 with eight people succumbing to the disease in the past 24 hours.

Till April 30, there were 72 Covid-19 patients who died from comorbidities.

The state government on Sunday also reported 2,264 tests per million people, which was 1,542 a week ago. Bengal had 64,927 tests conducted in a week, in 40 Centre-approved laboratories.

“It took us till May 19 to cross the 1 lakh tests mark. The next lakh happened over 12 days. The 3 lakh tests mark is achievable before June 10,” said the minister.