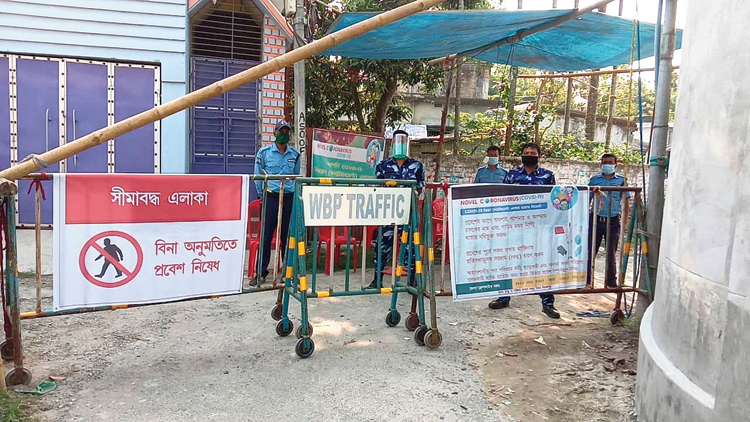 South Dinajpur district recorded Covid-19 cases for the first time with three migrants workers who had returned home in Kushmandi block being tested positive for the novel coronavirus.

The number of people afflicted by the pathogen have reached nine in the neighbouring North Dinajpur district after three more Covid-19 cases were reported on Saturday night.

Cooch Behar is the only district in north Bengal where not a single coronavirus case has been reported so far.

Sources said the three patients of South Dinajpur had returned to their houses a few days back. They were in home quarantine and their swab samples were collected and sent to Malda Medical College and Hospital for tests.

“After the migrants tested positive for the coronavirus, they have been put up at the Covid hospital in Balurghat. The administration has declared their localities as containment zones,” said an official.

Around 1,650 migrant workers, who reached Malda in the past couple of days, were subjected to medical screening and sent to home quarantine, but their swab samples were not collected.

“We understand this is a deviation from the SOP (standard operating procedure). There are over 2,000 samples which are yet to be tested at the Malda Medical College and Hospital and considering that around 800 samples are being tested every day, it will take around three days to clear the backlog,” said an official of the Malda district health department.

“On the other hand, the samples needed to be tested within 72 hours of the collection. That is why the 1,650 migrant workers have been asked to go in home quarantine. Their samples would be collected only after the backlog is cleared, the official added.

An official of the medical college said: “We are testing around 800 samples a day. There is immense pressure on the lab as samples are coming in from three districts of Malda, South Dinajpur and North Dinajpur. The number of migrant workers arriving in the region will increase in the coming days. We are conducting pool tests to deal with the situation.”