In Bengal, around 80 lakh people, almost half of whom are women, had opened these zero-balance accounts 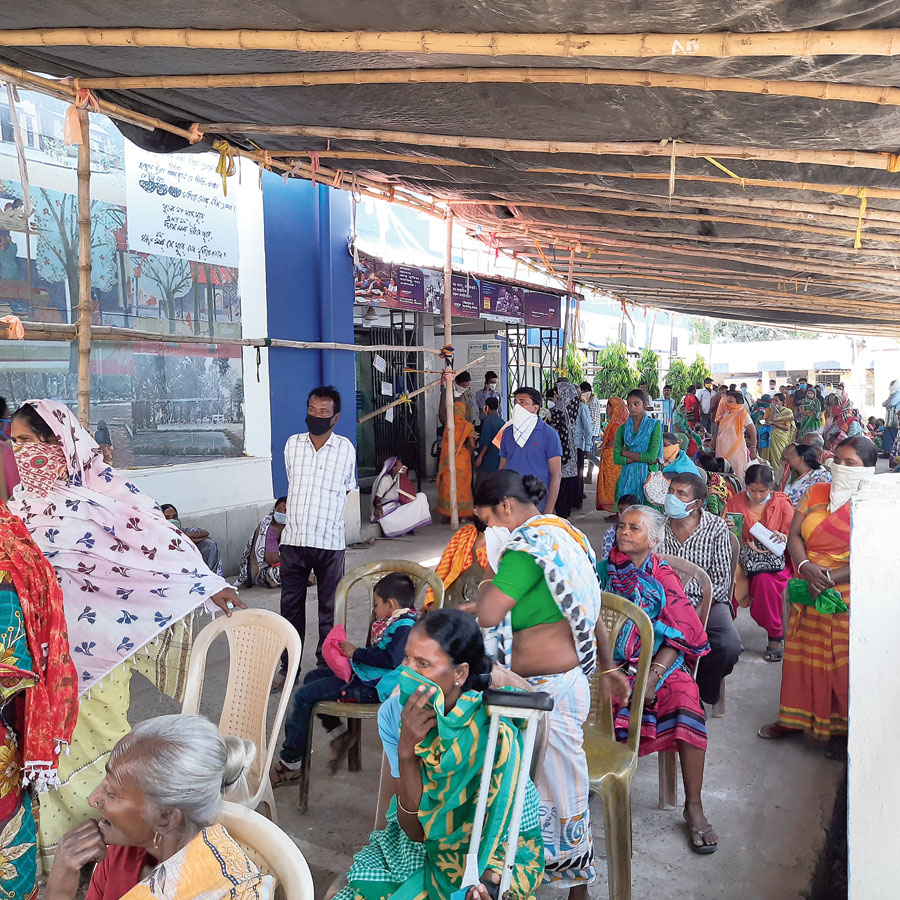 Lakhs of women who held bank accounts under a financial-inclusion scheme before it was rechristened Jan Dhan Yojana by the Narendra Modi government in 2014 have allegedly not received the first tranche of the assistance of Rs 500 the Centre has announced in view of the coronavirus-induced lockdown.

In Bengal, around 80 lakh people, almost half of whom are women, had opened these zero-balance accounts over four years before the UPA-era Swabhimaan scheme was renamed as the Pradhan Mantri Jan Dhan Yojana by the Modi government in 2014.

However, none of the women beneficiaries who had opened bank accounts under the financial-inclusion scheme before 2014 have allegedly received the first instalment of Rs 500 that was released on April 4 and 5. The Centre is to give Rs 500 to every woman account holder for three months.

A large number of women who had opened accounts before the renaming have been queuing up in front of banks for the assistance but are having to return empty-handed.

Supriya Mondal, a 35-year-old woman from Bataspur village in Birbhum’s Sainthia who had opened an account with the local State Bank of India branch in 2013 said: “Bank officials had said there was no need to open a new account. Now, I have not got the lockdown assistance.”

Sadhan Sinha, the secretary of an NGO in Birbhum that runs several customer service points, said that everyday at least 300 women who had accounts before the scheme was renamed were coming to enquire about the money. “All these women are poor and we feel really bad to tell them that their accounts have not been credited with any money,” Sinha said.

“It is unethical to deprive the poor who opened accounts under the scheme before the Prime Minister renamed it. During this crisis, this has turned out to be financial exclusion. We expect a rethink,” said Sudipta Bhattacharyya, an economics professor at Visva-Bharati.