Thirty-four patients died on Thursday, taking the toll to 1,255 but at the same time, 2,006 recovered 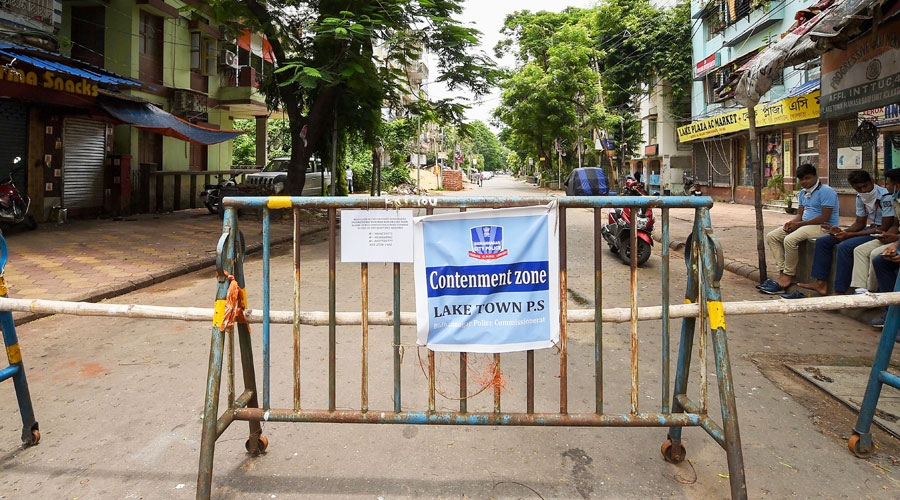 Thirty-four patients died on Thursday, taking the toll to 1,255. Nineteen died in Calcutta alone on Thursday, but at the same time, across Bengal, 2,006 patients recovered and 14,558 people were tested.

Prior to this, the highest single-day rise in cases was 2,291 and in tests was 14,040, both on Wednesday. The most recoveries prior to this were the 1,617 reported on Tuesday.

Of the 2,436 new cases, over 78 per cent were reported from Calcutta, Howrah, Hooghly and North and South 24-Parganas. The city reported 795 cases on Thursday.

“These five districts added over 28,000 new cases in 28 days, over 54 per cent of all cases in Bengal since the start of the pandemic,” said the minister.

Hypertension remains the most lethal comorbidity, causing over 21 per cent of male deaths and nearly 25 per cent of female deaths.

Block development officer of Goghat I, Hooghly, Surasree Pal, who was prevented by residents from entering her rented house on Sunday in Arambagh, tested positive for Covid-19 on Thursday evening.