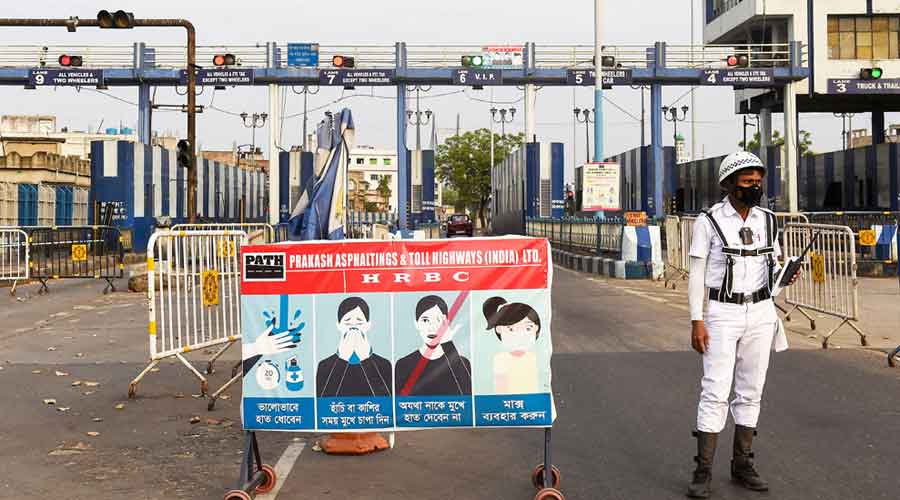 The Bengal government has ordered malls, cinemas, bars and restaurants indefinitely closed from Friday evening and announced some other restrictions to contain the Covid resurgence amid speculation that stricter curbs would come into force from May 3.

Bazaars and haats can stay open “only during 7-10am and 3-5pm”, a notification from the chief secretary said. Officials later said standalone shops were expected to follow the two windows of opening hours.

Essential services such as groceries and shops selling medicines or medical equipment are exempt. Home delivery and online services by eateries and malls can continue for now.

Transport services have also been kept out of the purview of the restrictions.

Standalone liquor shops, such as those not located in malls, can carry on with sales from 7-10am and 3-5pm.

“The restrictions come into force with immediate effect,” a government official said.

Sources said the state administration was considering further steps such as closing down the markets while allowing stand-alone shops to operate, and imposing stringent curbs on public transport.

“Guidelines are likely to be issued on office attendance in both the public and private sectors,” an official said.

Sources in the administration said the state government could not impose stricter restrictions ahead of the counting of votes on May 2.

“Tougher curbs could have hindered the movement of those who would be present at the counting centres. A stricter lockdown might be clamped after the results,” a source said.

The state government has made it clear that unnecessary gatherings outside the counting halls will be “discouraged”. The Election Commission has already banned rallies after the results.

Health department sources said that some restrictions had become necessary with the entire healthcare infrastructure groaning under the spiralling Covid load as more than 17,000 people are testing positive every day in the state.