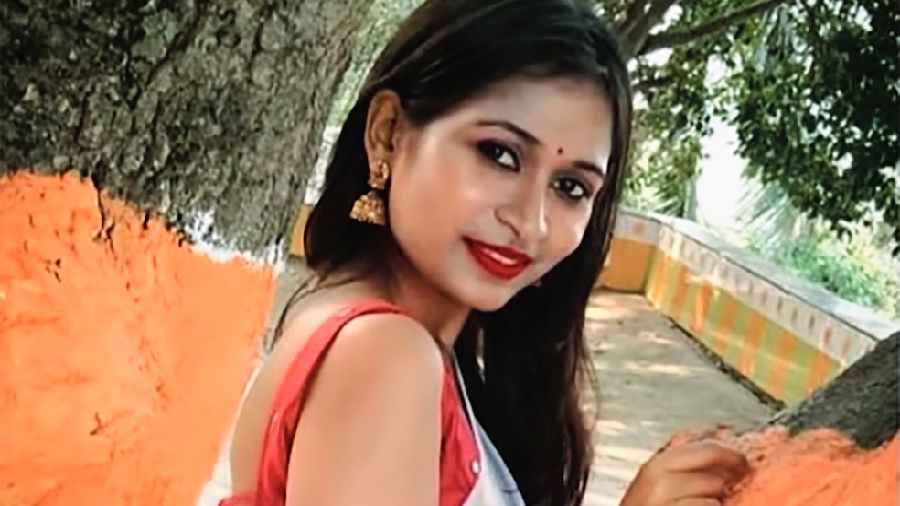 Murshidabad police cracked the murder of a college student within hours of the incident in Behrampore and arrested the alleged assailant on a truck headed towards Malda on Tuesday.

Sushanta Choudhury, 21, was arrested for the murder of Sutapa Choudhury, 21, a student of Berhampore Girls’ College. Sutapa was hacked to death by the youth in front of her rented house in Behrampore’s Surjya Sen Street in public view on Monday evening.

Sushanta is an undergraduate student of Krishna Nath College in Behrampore.

“Sushanta was on his way to Malda on a truck when he was nabbed at Samserganj. He was produced in court and sent to 10 days’ police custody,” said Murshidabad SP K. Sabari Rajkumar.

Cops have found out that the duo, both from Malda, knew each other well.

Father Swadhin Choudhury, a schoolteacher, said Sutapa had not responded to Sushanta’s overtures. “To dissuade him, we had even approached the councillor of our ward in Malda. He promised he would not disturb my daughter.”

The police collected CCTV footage and Sushanta’s picture was circulated.

“All police stations were asked to intensify vigil at checkpoints. Finally, Sushanta was found on a truck at Samserganj,” said an officer.

Sushanta had not changed the red shirt he wore during the crime, the police said. Cops frisked his luggage and found the blood-stained dagger.