A building under construction at Nayabad in New Garia, was demolished by the Calcutta Municipal Corporation on Friday as it did not have the civic body's approval. 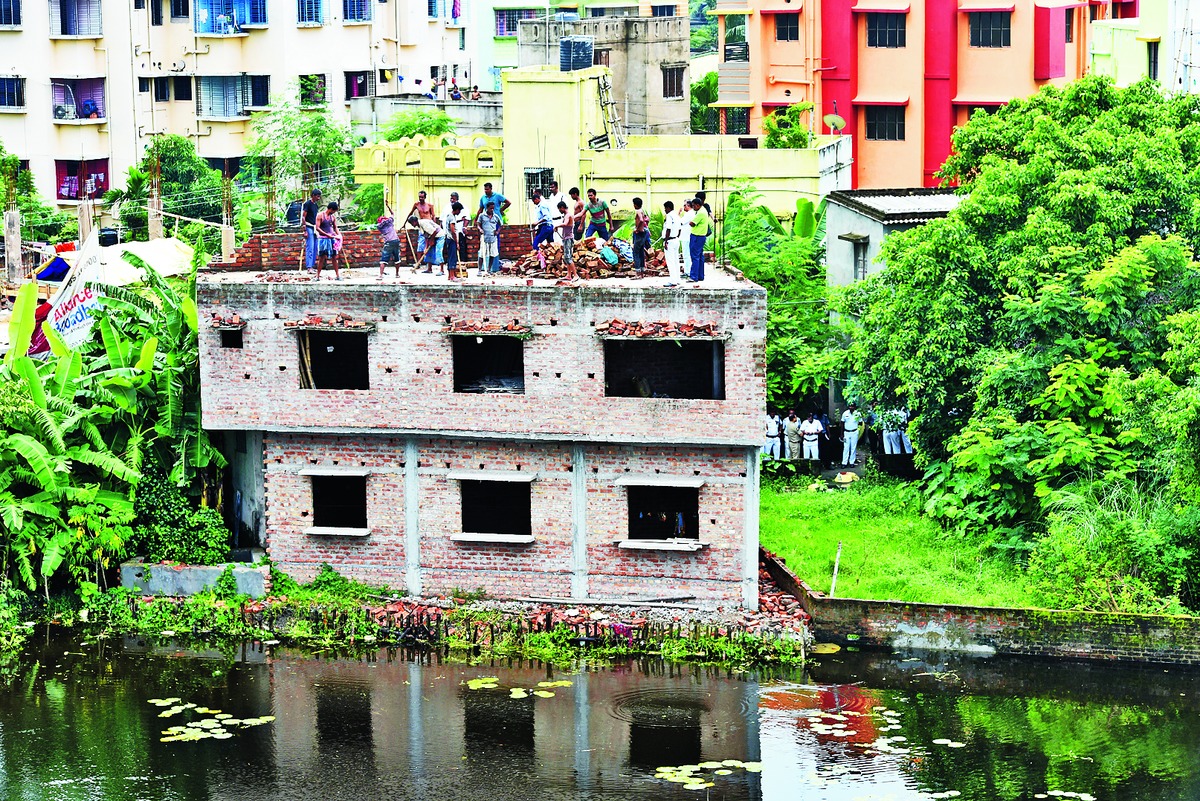 New Garia: A building under construction at Nayabad in New Garia, was demolished by the Calcutta Municipal Corporation on Friday as it did not have the civic body's approval.

The owner of the building at 22 Nayabad had not submitted any plan to the corporation or sought any sanction for construction, sources said. Two floors had already been built.

Large holes were drilled into the two floors of the illegal structure, making repair impossible.

A local resident alleged that a portion of the building stands on a plot of land that was earlier part of an adjacent waterbody. Concrete waste had been dumped along the edge of the water to encroach on it, he said.

Civic engineers said they were yet to verify the allegation of wetland filling. "We have to check the land records. We are demolishing the building because the plan was not approved by the corporation. The owner never submitted a proposal for construction," said an engineer.

The corporation had no idea who the owner of the property was and had to play cop to track him down with the help of local residents.

Soon after, the corporation issued a notice under Section 401 of the Calcutta Municipal Corporation Act, 1980, asking the owner - a resident of Kadapara off EM Bypass - to stop construction.

"The person didn't respond to the notice. We decided to demolish the building," an engineer said.

The civic body is now conducting a survey across Nayabad to identify if there are more such illegal buildings. Civic officials, accompanied by officials of the land and land reforms department, are inspecting plots not recorded as bastu (land where one can build a house) in land records.

"We have issued notices to 54 houses after the land reforms department officials pointed out to us that the land records show the plots as bil (small waterbody). We have asked the owners to come to us with valid records," a civic official said. The official said many of these buildings may actually have an approved plan.

The corporation has cracked down on illegal constructions but also faced resistance.