Arjun Singh, a Trinamul turnocat, asked to appear on May 25 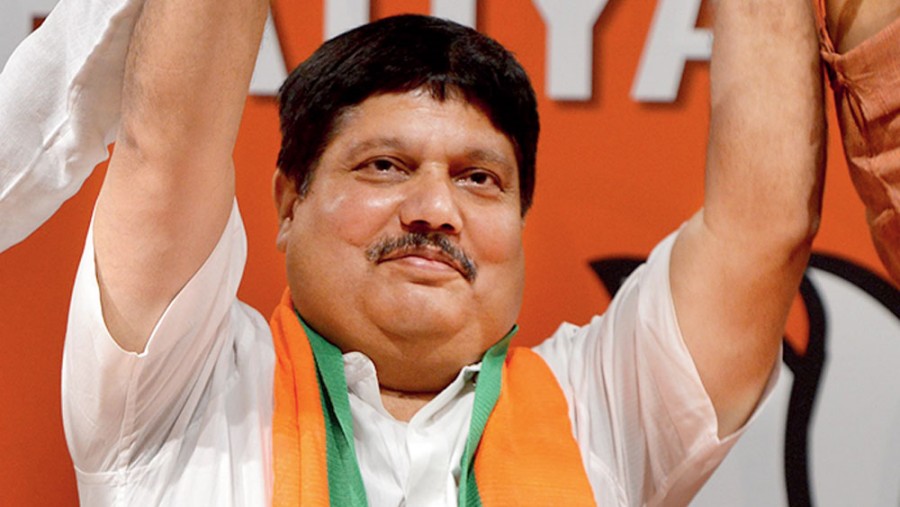 The state CID served a notice to BJP MP Arjun Singh in connection with a fraud case late on Thursday night, the summons coming days after the national probe agency, CBI, arrested two Trinamul ministers, an MLA and a former party leader, who was the mayor of Calcutta.

The summons to Singh, the first of its kind since Mamata Banerjee was sworn-in for a third time as chief minister, is being seen as the beginning of a series of retaliatory moves Bengal might resort to as a counter to similar actions by the Centre.

Singh, the MP from Barrackpore, is a Trinamul turncoat who had joined the BJP ahead of the 2019 Lok Sabha polls. Now, he has been asked to appear at Bhabani Bhawan, the state CID headquarters on Tuesday, May 25.

The CID notice states that investigations have indicated that Singh had sufficient knowledge of "the crime" and would have to answer to the sleuths.

The FIR was filed in February 2020 by a local Trinamul leader in Bhatpara, North 24-Parganas, about alleged financial irregularities while Singh was chairman of the local Bhatpara Municipality as a Trinamul leader.

Incidentally, the man Singh defeated in 2019 to win the Barrackpore Lok Sabha seat, Dinesh Trivedi, moved to the saffron camp days before the 2021 Assembly polls.

Many BJP leaders of today are from the Trinamul Congress and there is no love lost between them and their former party.

Since 2019, BJP leaders at the top, as well as those in the rural interiors, have been booked in cases of attempt to murder, assault or use of criminal force to deter public servants from discharge of duty, causing grievous hurt by dangerous weapons, narcotics and psychotropic substances Act and the Arms Act.

Hence, soon after the BJP’s attempt to unleash the CBI on to Trinamul leaders, comes this counter-attack.

According to sources, there are 67 cases pending against state BJP president Dilip Ghosh, 64 against Singh and 45 against Mukul Roy. Roy is also an accused in the Narada sting operation.

The BJP has alleged more than 8,000 FIRs have been filed against its leaders and functionaries all over Bengal since the 2019 Lok Sabha polls.

Intimidation by law enforcing agencies works in its own ways in Bengal.

For example, state water resources investigation and development minister Manas Bhunia had murder and molestation cases slapped against him during the 2016 Assembly polls. Then with the Congress, Bhunia had arrest warrants issued against him in July the same year. Two months later in September, Bhunia joined the Trinamul. When the charge sheet was filed in December the same year, Bhunia’s name was missing. He was nominated to the Rajya Sabha but quit to contest the polls this year and is back as a minister.