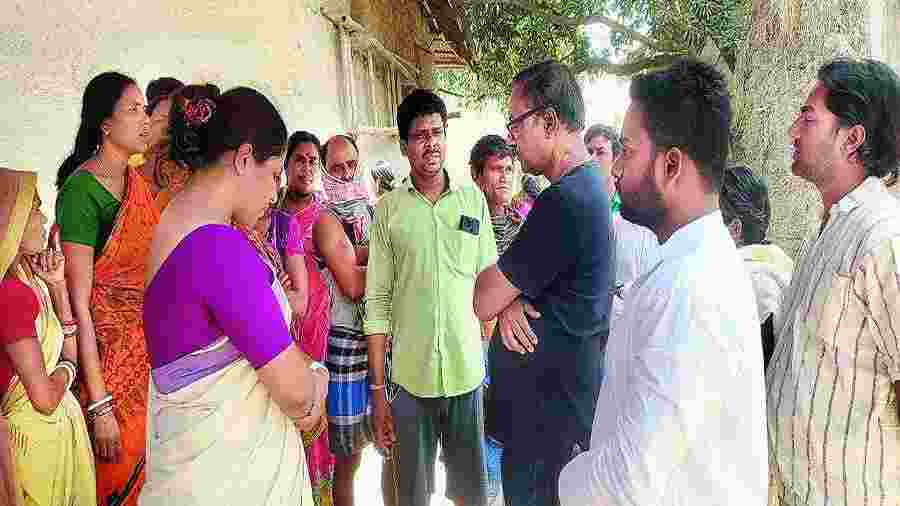 CID officials, along with experts of state forensic science laboratory, on Thursday visited Visva-Bharati and the hostel room where Class XII student Asim Das was found hanging on April 21.

The move comes within 24 hours of chief minister Mamata Banerjee asking the DGP if the CID was probing the death of the Patha Bhavan student.

Asim, 17, was found hanging in a hostel of Visva-Bharati on April 21. His family filed a murder complaint against unknown persons and accused varsity authorities, including VC Bidyut Chakrabarty, of non-cooperation.

“Sending the CID to the central varsity when the CBI is probing five cases in Bengal is significant,” an official said.

Calls to the VC went unanswered. Mahua Banerjee, the varsity's acting PRO, said the varsity would cooperate with the probe.

Asim’s death snowballed into a major issue with his family members, students and teachers, agitating for hours in front of the residence of vice-chancellor Bidyut Chakrabarty last week. Asim’s family accused varsity authorities, including the VC, of not informing them after he died and of taking the body out of the hostel to Visva-Bharati’s hospital before police reached.

Chakrabarty had informed governor Jagdeep Dhankhar about the agitation and said he feared a risk to his life. Trinamul accused the VC of politicising the incident.

“Has the CID started a case in the Visva-Bharati incident? DGP saheb you look into the matter where a student died. Many professors from Visva-Bharati have written to me,” Mamata said on Wednesday.

Birbhum police chief Nagendra Nath Tripathi had told Mamata that the district police had written to CID to take over the case.

Sources said the chief minister gave a clear message to the VC — who is accused by many of having a saffron agenda and has attacked the Bengal government and police in the past — that the state government would not tolerate any wrongdoings on the campus.