Sudipta Bhattacharyya, president of the Visva-Bharati University Faculty Association, raised issues of irregularities in the university 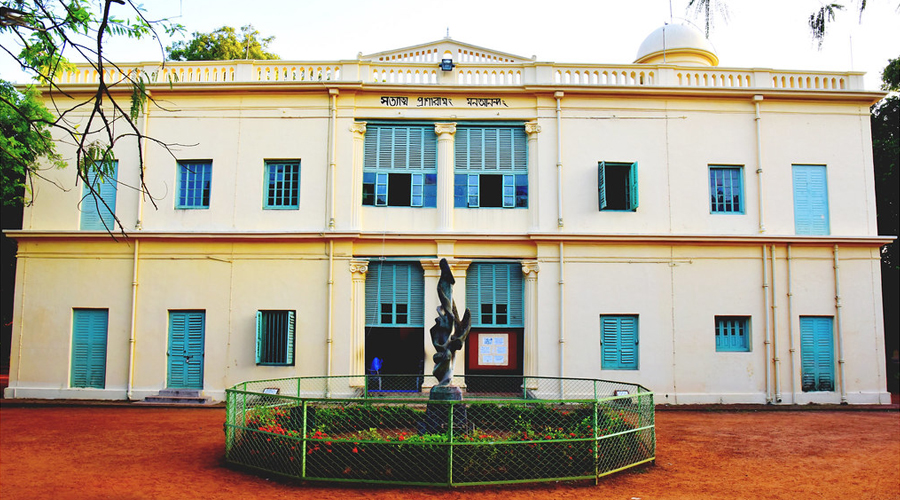 “Universities as critical spaces of academic inquiry need to preserve the freedom of raising questions. Any curbing of these basic rights and freedoms amounts to dismantling the foundational principles of a university,” added the statement, signed by 561 teachers and scholars.
File picture
Snehamoy Chakraborty   |   Santiniketan   |   Published 11.01.21, 05:07 AM

Over 500 academics from institutions across the country and abroad have signed an online petition to protest Visva-Bharati’s “arbitrary decision” to suspend a professor for speaking up against the alleged misdeeds of vice-chancellor Bidyut Chakrabarty and his administration.

Among the signatories to the statement are economists Prabhat Patnaik and Amiya Kumar Bagchi and political scientist Zoya Hasan.

Anustup Basu, an associate professor at the University of Illinois, said the suspension of economics professor Sudipta Bhattacharyya went against the “principle of natural justice and freedom of expression”.

“This seems to be the latest example of how universities are increasingly being run in an authoritarian manner in this country,” the statement said.

“Universities as critical spaces of academic inquiry need to preserve the freedom of raising questions. Any curbing of these basic rights and freedoms amounts to dismantling the foundational principles of a university,” added the statement, signed by 561 teachers and scholars.

“It is indeed of great irony that a university inspired by the life and work of an internationally acclaimed poet like Rabindranath Tagore has chosen to revoke the right to ask questions,” it said, with an appeal to the authorities to revoke the suspension.

Bhattacharyya was suspended on January 7, triggering suspicion that he had been penalised for his role in foregrounding an alleged attempt by some within the varsity administration to portray economist Amartya Sen in a poor light over a land rights issue.

Visva-Bharati insists that the professor was suspended because the varsity’s executive council had found him guilty of “misconduct by mass circulating a complaint and derogatory/ defamatory/ baseless remarks against a fellow employee and providing the copies of the same to high dignitaries by email”.

Many among Bhattacharyya’s colleagues have asked whether this was sufficient reason for suspension.

The professor had lodged a complaint with the Prime Minister and Visva-Bharati chancellor Narendra Modi, the varsity’s visitor and President Ram Nath Kovind and other senior officials, questioning the appointment of the principal of one of the varsity’s schools.

Apart from individual academics, several teachers’ bodies, including the Federation of Central Universities Teachers’ Association (Fedcuta), have condemned the suspension and demanded its revocation.

“The suspension was apparently over a complaint filed by him over a principal’s appointment and for ‘mass circulating it’…. Professor Bhattacharyya has been consistently raising issues of irregularities in the university as an office-bearer of his association and in the process strengthening the association itself by establishing it as a responsible watchdog of the university’s functioning,” the statement released by Fedcuta on Sunday read.

Bhattacharyya is president of the Visva-Bharati University Faculty Association.

“We demand that the suspension of the Visva-Bharati professor be immediately revoked. We also appeal to democratic forces to rally around to protest against this latest attack on the fundamental right of freedom of association by the growing authoritarian administration in the universities,” added Rajib Ray, Fedcuta president.