On Friday, Han was produced at a local court and remanded for 14 days 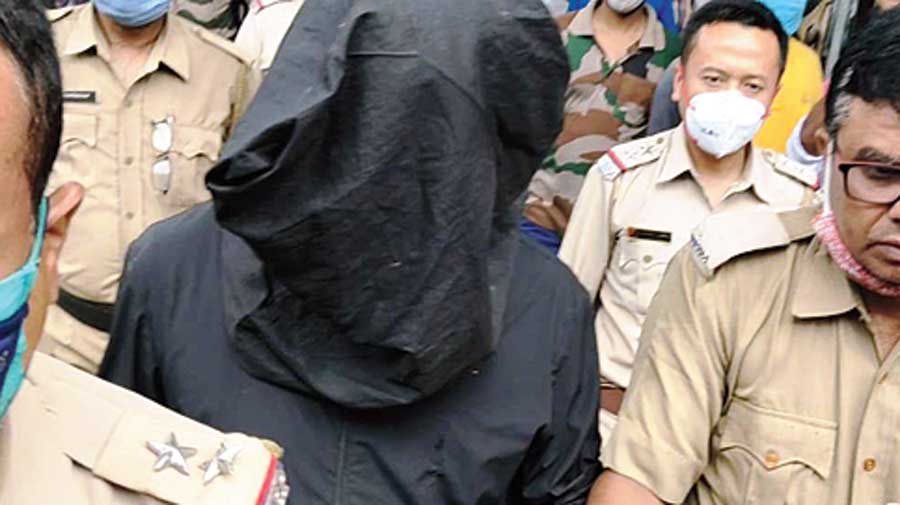 An anti-terrorist squad team from Uttar Pradesh reached Malda on Friday and interrogated Han Junwei, the Chinese national held by the BSF for allegedly infiltrating the country without a visa through the India-Bangladesh border here earlier this month, on suspicion of him smuggling Indian SIM cards to China.

The ATS had arrested another Chinese national, who was known to Han, earlier this year in Lucknow.

“The ATS had arrested another Chinese national San Jiang earlier this year in Lucknow. There is information that both of them were instrumental in smuggling hundreds of Indian SIM cards to China. During interrogation, San revealed Han’s name. Also, they are suspected to have links with Chinese intelligence agencies,” said a police source.

On Friday, Han was produced at a local court and remanded in jail custody for 14 days.

Mehetab Alam, the assistant public prosecutor of the Chief Judicial Magistrate’s Court in Malda, said: “The court on Saturday granted permission to the ATS team to take Han to Lucknow. Charges under section 420 (cheating) and the information technology act have been brought against him.”

In another development, Malda police sent Han’s laptop, cell phone and other gadgets to the central forensic science laboratory in Hyderabad for detailed examination. “We believe those might contain vital information,” a state intelligence agency official said.