Sikkim govt stopped issuing inner line permits, which are mandatory for any non-Indian to travel to the Himalayan state 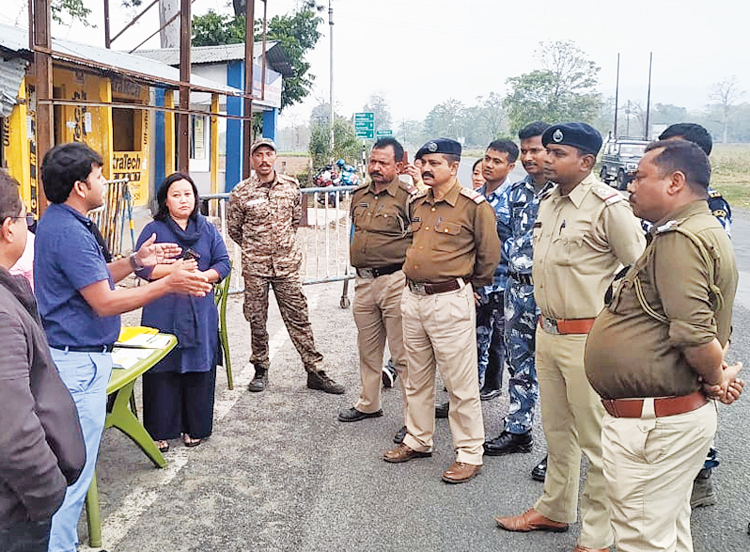 The Centre has sent a communication to the Sikkim government seeking withdrawal of the blanket ban on entry of foreign tourists to the state in the wake of coronavirus spread.

Sources in the P.S. Tamang government confirmed that a letter had come from Yogendra Tripathi, secretary in the Union ministry of tourism, but the bar on the foreigners would continue to be in place.

As coronavirus cases were reported from some locations in the country and the neighbouring Bhutan, the Sikkim government stopped issuing inner line permits (ILPs), which are mandatory for any non-Indian to travel to the Himalayan state. Sikkim also stopped issuing passes to domestic tourists to go to Nathu-la, a mountain pass located along the India-China border.

“The letter says the Union health and family welfare ministry has already issued a circular on coronavirus and it doesn’t put any bar on the movement of tourists. Tripathi said the tourism ministry had received information that in some cases, foreign tourists had been denied entry to hotels and other accommodations and asked to leave. The letter said such conduct was causing unnecessary harassment for the tourists and creating panic,” said a source.

The Union tourism ministry has asked the state government not to stop tourists and to allow them to check into hotels. “If required, medical examination of tourists as per prescribed procedures can be carried out,” the source said.

Told about the Centre’s communication, sources in the Sikkim government said the restrictions on foreigners would continue. “We will continue with the restrictions till things return to normal. Officials posted in the districts and Gangtok are monitoring the situation. Screening is also carried out in different locations,” said a source in the state health department.

The authorities of Chenrezig Singkham Riwo Potala, a tourist destination at Pelling in west Sikkim, have stopped the entry of visitors. The site has a statue of Chenrezig, one of the three Buddha deities, along with a park and other attractions.

“This is yet another setback for the tourism industry. Earlier, two prominent monasteries (Pemayangtse and Rumtek Dharma Chakra Centre) had halted the entry of visitors,” said a tour operator in Siliguri.

Senior Bengal health department officials have said two Alipurduar residents who are in isolation at the super-specialty hospital in Falakata will continue to remain quarantined for four more days.

“Both of them are stable and have not developed any symptoms. That is why we have not sent their samples for any tests. It was only a preventive measure,” said Puran Sharma, the chief medical officer of health of Alipurduar.

“Since March 7, we have screened over one lakh people in Jaigaon (on the India-Bhutan border) but none has shown any signs of coronavirus.”