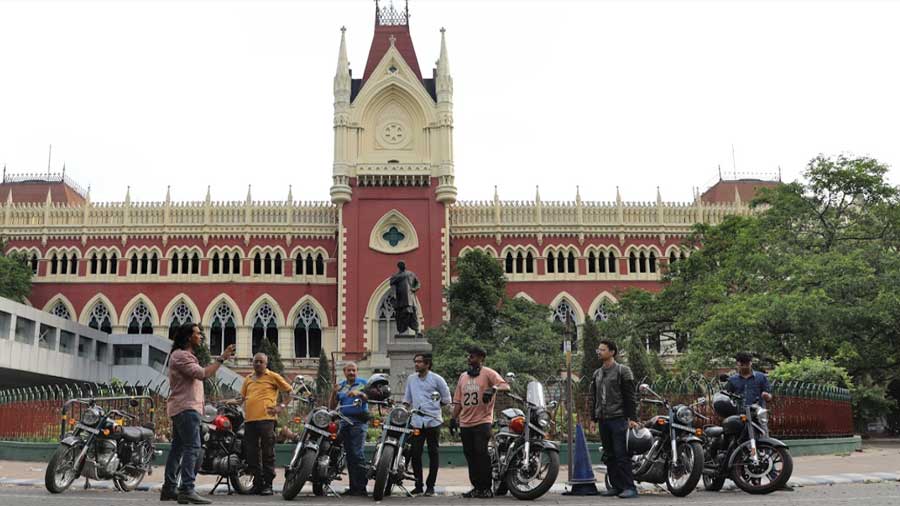 Calcutta High Court has directed the petitioner to send a copy of the order to the head of the CBI immediately.
File photo
Anirban Choudhury, Vivek Chhetri   |   Alipurduar   |   Published 07.08.22, 12:16 AM

The Jalpaiguri circuit bench of Calcutta High Court has directed the CBI to probe the charge of a teacher managing three transfers in three years against norms.

Prasun Sundar Tarafdar, the assistant headmaster of Sri Guru Vidyamandir High School of Champasari in Siliguri, had filed a writ petition before the court in 2021 questioning the state government’s alleged move to grant three transfers to teacher Shanta Mondal within three years.

“As it has been alleged by the petitioner that the lady has been illegally transferred thrice which is wholly against the law, I direct CBI to investigate the matter along with other matters relating to the School Service Commission and education department,” said Justice Abhijit Gangopadhyay on Thursday. The CBI is currently looking into the SSC scam in the state.

He added that “for this matter, CBI may file a separate FIR, if necessary”.

Ekramul Bari, the lawyer for petitioner Tarafdar, said Mondal was an assistant teacher of Sri Guru Vidyamandri High School in Siliguri in 2019.

“In 2019, she appeared for the post of headmaster/headmistress conducted by the SSC and was appointed as headmistress of Birpara Girls’ High School (in Alipurduar) in December that year,” said Bari.

There are allegations that Mondal did not join the new school in Siliguri but sought another transfer on “special grounds”, which Bari claimed were not disclosed.

Mondal was again transferred to Sri Guru Vidyamandir High School. “Then my client filed a writ petition (in 2021). My client is not against filling up of the headmaster’s post but the way the transfers were managed,” said Bari.

Justice Gangopadhyay directed Mondal to join the place of her first posting Birpara Girls’ High School by Saturday or face a break in service. Sources said Mondal did not join on Saturday. She is ill, her lawyer Nivedita Pal said. “My client will definitely follow the court order after getting advice from the doctor,” said Pal, adding that they had not yet decided whether to appeal before the division bench of Calcutta High Court.

The court has directed the petitioner to send a copy of the order to the head of the CBI immediately.

It has to be done “so that they can take up the matter along with other matters”.

“…Santa Mondal is directed to meet the CBI officer as and when she would be called. CBI shall file a report in this matter along with other reports when such reports will be called for by this court,” the court order reads.