Arrangements are being made for their replacements in the investigation team, says an official 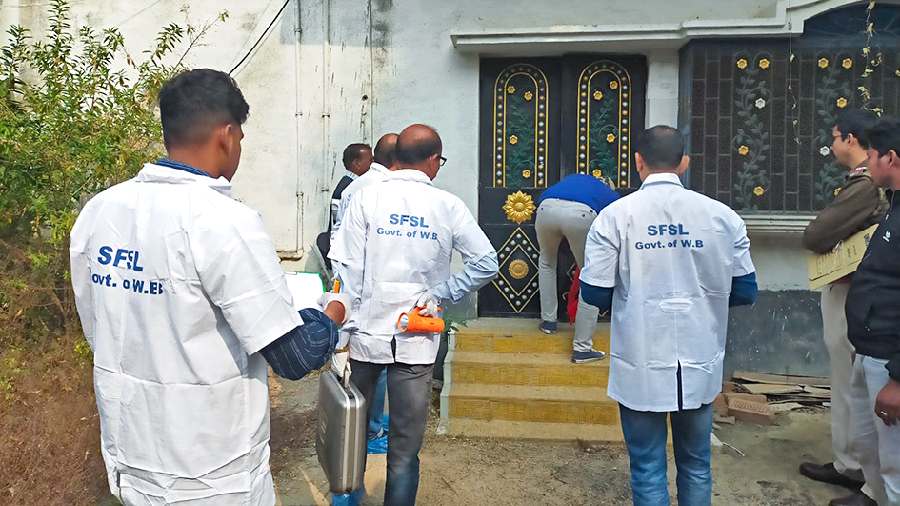 The Central Bureau of Investigation (CBI) has suspended four officials who were present at the agency’s camp in Rampurhat in Birbhum where Lalan Sheikh, a key accused in the Boguti carnage, was found hanging on December 12.

“The suspension is a part of a standard operating procedure in the CBI in case of a custodial death. They will remain suspended till the departmental inquiry is completed,” said a senior CBI official.

“Arrangements are being made for their replacements in the investigation team.”

Lalan’s wife Reshma Bibi had named the two officers, along with several others, in her FIR. She had alleged that her husband had been tortured to death in CBI custody.

Her charge prompted the Bengal government to order a CID probe into the alleged killing.

The CBI had arrested Lalan from Jharkhand on December 4 and subsequently, a court remanded him in the agency’s custody for six days.

Ten people had died after houses had been set on fire at Bogtui in Birbhum district on March 21 night. The arson was in retaliation to the murder of Bhadu Sheikh, the deputy chief of the Trinamul Congress-controlled Barshal gram panchayat, in a bomb attack on the same night.

The CBI’s chargesheet said the arson had been carried out at the instruction of Anarul Hossain,  a local Trinamul leader.

Lalan was accused to be a close aide to Bhadu Sheikh. After Calcutta High Court asked the CBI to probe both Bhadu Sheikh’s murder and the Bogtui carnage, the agency registered a case against 22 people on March 25.

The CBI claimed that the post-mortem report suggested that Lalan had died because of “mechanical asphyxiation”.

On January 11, a single-judge bench of Justice Jay Sengupta of Calcutta High Court directed the state government to forward the post-mortem report to the All India Institute of Medical Sciences (AIIMS), New Delhi, and the SSKM Hospital here for their observations.

Experts from the state forensic science laboratory (SFSL) had collected samples,  including fingerprints and footprints, from the house of Lalan following his death.  An alleged theft had taken place at the house when Lalan was in CBI custody.