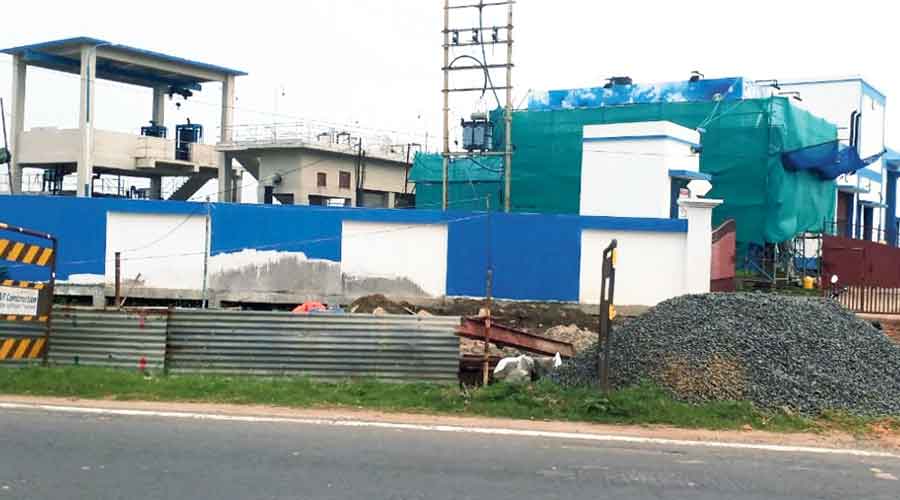 Uncertainty looms large over the commissioning of an underground sewerage system in Barrackpore of North 24-Parganas on account of a cash crunch despite the completion of two sewerage treatment plants (STPs) earlier this year.

During an administrative review meeting in August, chief minister Mamata Banerjee had instructed the district administration and the municipal authorities to make the plants operational for the 32,000 households in the 24 wards of the civic area by December.

However, individual domestic units are yet to be linked with the main disposal pipeline because of the paucity of funds. “Meeting the target set by the chief minister has become a big challenge to us now,” said a senior official of the North 24-Parganas administration.

Barrackpore, one of the oldest urban centres of the state, has no underground domestic sewerage system. The domestic waste usually gets disposed in the septic tanks, which often creates problems.

To overcome the problem, the Calcutta Metropolitan Development Authority (CMDA) had in 2017 taken up a project for developing an underground sewerage system for Barrackpore.

The Rs 220 crore CMDA project was funded jointly by the Centre and the state government in a 70:30 ratio. It includes the two STPs constructed in the Latbagan area and on a plot of land adjacent to the Kalyani Expressway.

CMDA sources said despite the financial problems, the work on the junction points of the underground disposal pipes was being carried out so that the domestic links could be provided whenever funds were made available.

“At least Rs 50 crore is immediately needed to make the STPs and the entire system operational by connecting the domestic units with the underground disposal lines,” he said.

An official of the Barrackpore municipality said: “If the commissioning is delayed, the STPs with their modern systems could get damaged, simply for remaining unused for long.”

Since railway tracks divide Barrackpore into two, separate plants with underground disposal pipelines have been constructed for either side.

On the western side, a 42km underground pipeline has been laid to link to the STP constructed in the Latbagan area. The waste from the plant would be finally disposed of in the Hooghly, after necessary treatment.

On the eastern side, a 98km underground disposal pipeline has been laid for connection with the STP adjacent to the Kalyani Expressway. The waste from that end would be finally disposed of in the Ruhia canal after treatment.

The chief of the board of administrators at the Barrackpore municipality, Uttam Das, has said the STPs have no utility till the domestic units are linked with the main underground disposal pipeline.

“We have been persuading the state government to release funds for completing the project. But the Covid-19 pandemic came as an unforeseen obstacle for all of us,” he said.

“I will speak to municipal affairs minister Firhad Hakim personally so that the uncertainty is overcome,” added Das.

At the July August administrative meeting, sources in the district administration said, Mamata had come to know of the delay in the execution of the project.

“At the meeting, she instructed the district magistrate, civic chief and the sub-divisional officer of Barrackpore to expedite the work so that the project could be commissioned by December. But the cash crunch has put a spanner in the works making the target difficult to meet,” said an official.