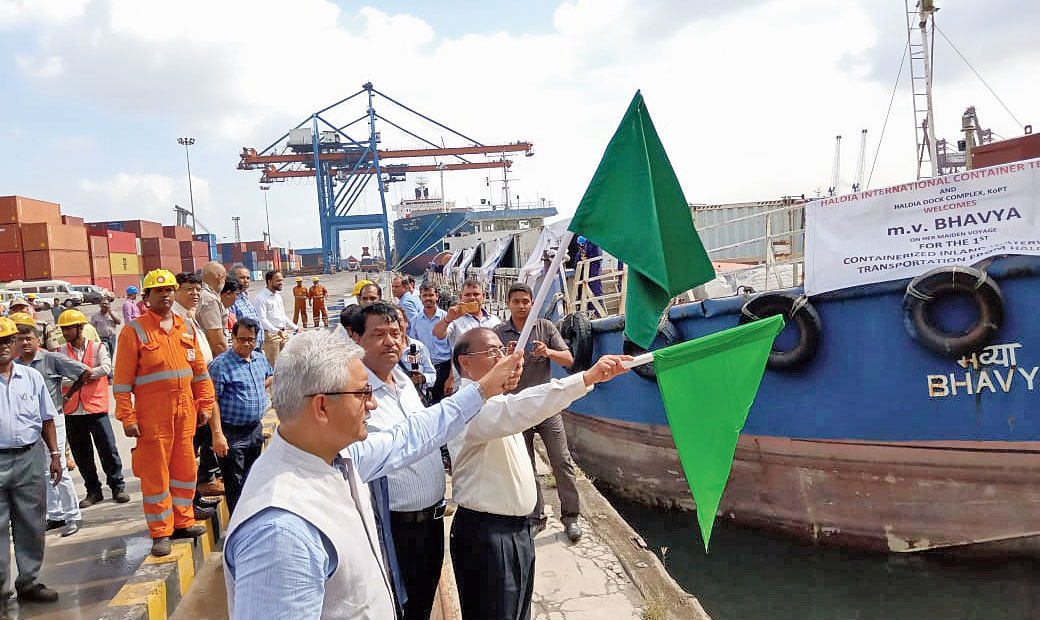 A barge with 52 containers of edible oil belonging to the Fortune brand of Adani Wilmar on Tuesday began its voyage from Haldia to Patna on the Hooghly, marking the formal start of such cargo trips along the river.

“Today is a historic day for the Haldia Dock Complex because it is the first barge movement of containers on inland water transport from here. It is cost-effective and eco-friendly,” deputy chairman of the Calcutta Port Trust, G. Senthilvel, said.

According to the officials, the height of the barge had been kept low as it would have to pass under several bridges, including the one at Howrah.

“The barge will pass under the bridges during low tide,” said an official.

Another official said four jetties were being built at Durgachak, close to the Haldia port, in the hope that there would be more consignments in the future.

“We have been trying to start riverine shipping for a while because it is cost-effective and will benefit many industries. We are glad to have started it today. We are still calculating the cost-effectiveness,” said Anil Singh, chief executive officer of Adani Inland Waterways. The barge that carried the 52 containers belongs to the Adani firm.

A weekly barge service is planned. “If this run is successful, we will send another barge to Varanasi within 15 days,” said a port official.