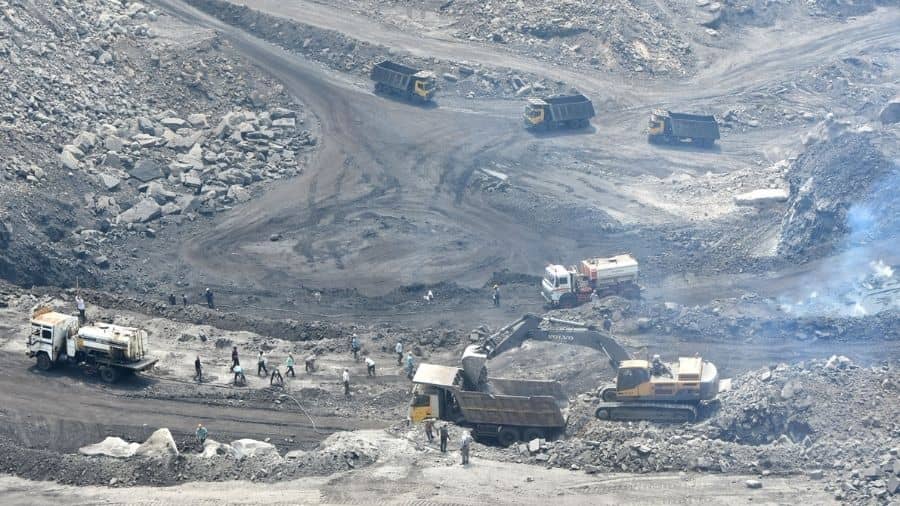 So far, the state has not suffered long hours of power outages unlike some states grappling with the crunch in Coal India supply.
File picture
Pranesh Sarkar   |   Calcutta   |   Published 05.05.22, 12:56 AM

The Bengal government’s ability to reduce dependence on Coal India for supply to its power plants and enhance extraction from its captive coal mines seems to have paid off this summer.

So far, the state has not suffered long hours of power outages unlike some others pling with the crunch in Coal India supply.

“The fact that PDCL, the state's generation utility, was sourcing coal from its captive mines helped it to keep generating at its full capacity of over 3,500MW... The remaining demand was met in real time from power exchanges and interstate transmission corridors,” said an official.

The gradual shift in dependence on coal from Coal India to state captive mines has been a major achievement, said a source in the power department.

In 2018-19, the state had extracted only 0.4 million tonnes of coal from its captive coal mines even though a Supreme Court order had allowed the West Bengal Power Development Corporation (WBPDCL) to take over four coal mines, which were earlier operated by Bengal Emta. Out of these four mines three were in Bengal and one was in Jharkhand.

“although coal mines came under the WBPDCL, coal could not be extracted till 2019-20 due to resistance from landowners who were not paid compensation and transporters who did not get their dues. But things started changing in 2018-19 when then chief secretary Moloy De took initiatives to resolve the issues,” a senior government official said.

Under the leadership of De, the state decided to shoulder the financial burden of Bengal Emta to make the process of extracting coal from these mines smooth.

"The state spent more than Rs 200 crore to clear all dues and meet other requirements. Following which extraction of coal started from these mines," said another official.

The result was evident almost immediately.

A section of the officials pointed out that the success story makes it clear why the state government is keen on the proposed coal mine in Deocha-Pachami.

“If the coal mine in Deocha-Pachami comes up, it would solve several problems of the state that include shortage of coal supply and creation of jobs,” said a source.