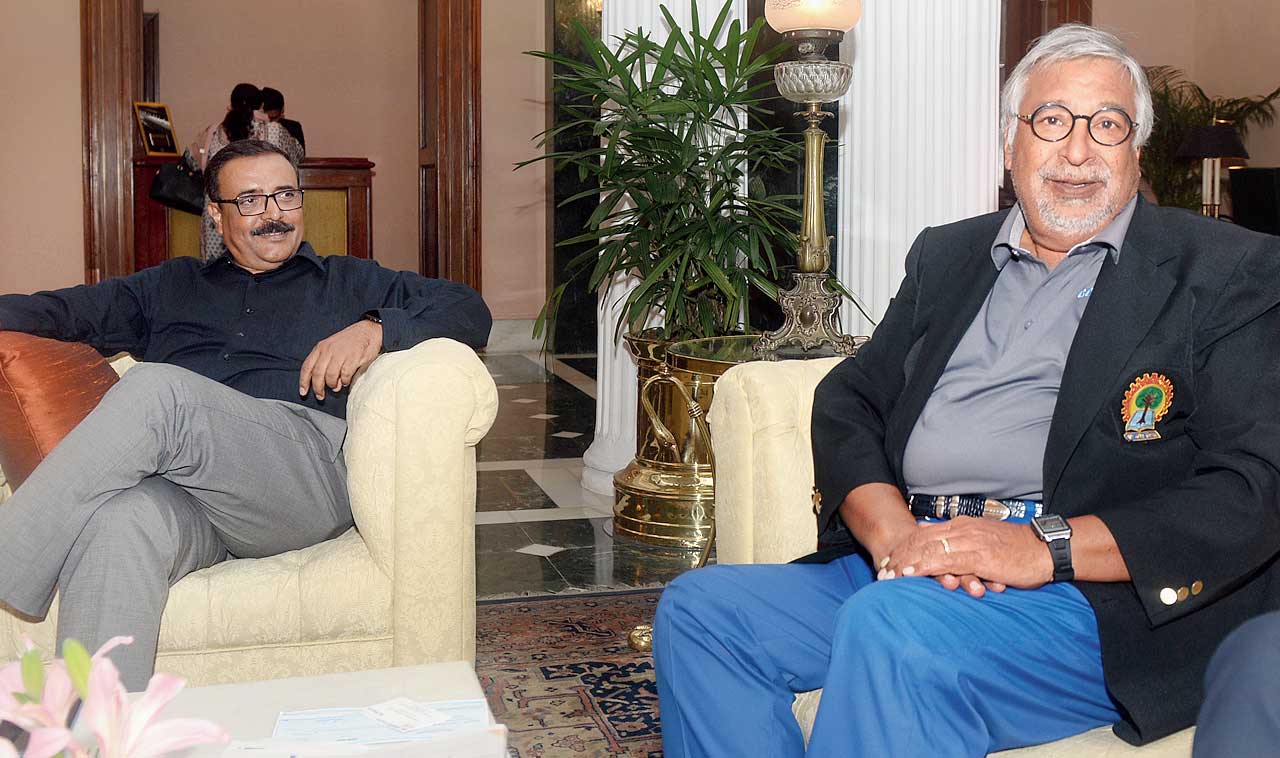 Gupta, like Pichai, is an alumnus of the Kharagpur tech school.

“I think they could do more there (artificial intelligence). My suggestion to PPC (Partha Pratim Chakrabarti, the IIT Kharagpur director) was that we need a world-class artificial intelligence research centre there and may be we could get 25, 30, 40, 50 million dollars for this project,” Gupta told Metro in Calcutta on Sunday evening.

“Some of the universities (in other countries) are investing 100, 500 million dollars in artificial intelligence. IIT can do very well in that with their research, students. They can do a lot more. The future is into AI.”

Gupta, who had graduated in agricultural engineering from the IIT in 1967, has come to hand over a cheque for $1 million dollar to create a chair professorship at the institute. He will give the cheque to director Chakrabarti on Monday.

The endowment for the A.S. Davis Chair Professorship (Davis had taught Gupta thermodynamics, air-conditioning and refrigeration at the IIT) will be used to pay a top-up salary to a senior professor in thermodynamics in the mechanical engineering department to do advanced research.

An earlier grant of $2 million from Gupta had helped the IIT set up a management school and a school of intellectual property law.

The institute had in April last year set up a centre of excellence in AI that covers education, training, research, projects, incubation and entrepreneurship.

“It (developing world-class artificial intelligence research centre) is very expensive. They (IIT) need to raise money from private resources, may be like 50 or 100 million dollars and have a world-class centre. They need to scale it up much more than what they are doing now…. My suggestion was: they should go to Sundar Pichai, because he is CEO of Google, he is a billionaire, he loves IIT, he is our alumnus and they are the ones who are doing a lot of cutting-edge work in artificial intelligence,” said Gupta, former CEO and chairman of infoGroup.

Pichai had last visited the IIT campus on January 5, 2017.

“We need to go to him and say: Hey listen, we want to name a centre after you, Sundar Pichai Centre for Artificial Intelligence and Research.... He will do it. I know,” said Gupta.

Asked whether he would repeat his advice to the director, Gupta said: “Sure. My job is to be really a catalyst on how we can go to the other alumni.”

Elaborating on the need for advanced research in AI, Gupta said: “The Chinese are now spending so much money on research into AI, machine learning…. They are producing a lot of low-cost smartphones.... I would say 50 years from today, whatever we do, will be based on AI. It’s going to make life a lot more easier. People will have to make less decisions.”

Asked about Gupta’s proposal, Subrata Chattopadhyay, dean, alumni affairs, at the IIT, said: “We will look into it.”