No order from government against single-use bags: civic body 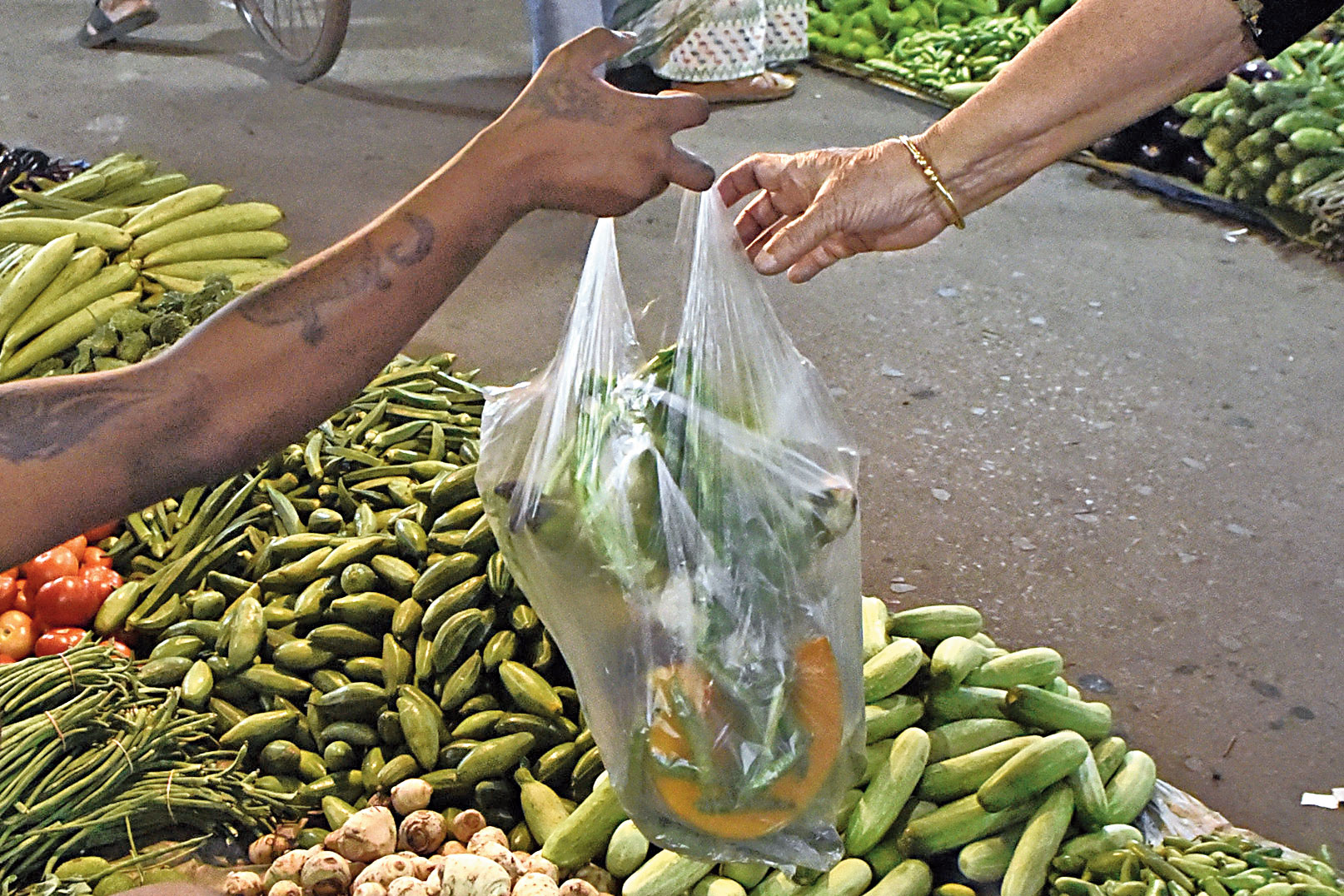 A vendor hands a customer vegetables in a thin plastic carrier bag at the Maniktala market on Tuesday.
Sanat Kumar Sinha
Subhajoy Roy   |   Calcutta   |   Published 02.10.19, 12:21 AM

How much plastic waste does Calcutta produce every day?

Though no definite data is available but various studies indicate that the volume may be anything between 500 and 1,200 tonnes.

However, all studies clearly point out that the volume is growing and plastic waste has turned into a big peril for Calcuttans, clogging sewers and drains and triggering waterlogging across the city.

“The municipal solid waste generated daily in the city of Kolkata has been estimated at 5,372 tonnes. Out of this, around 1,900 tonnes is recyclables, of which just 700 tonnes is recycled daily. The rest 1,200 tonnes (mainly plastic) add to the untreated waste. With increasing consumption of plastic, generation of plastic waste is also growing tremendously in the city. Amongst the variety of things, plastic bags are seen as a big pollutant,” reads a report of Toxic Link, which specialises in the waste sector.

“According to a study of the non-profit Disha, plastic constitutes about 10 per cent of the city’s overall waste, that is about 500 tonnes,” said Arunabha Majumdar, who specialises in waste management.

Sasanka Deb of Disha pointed out that of the 500 tonnes of plastic waste, hardly 300 tonnes is regularly recycled. “Mostly plastic bottles are recycled through rag-pickers. Plastic carrier bags are largely ignored because of their non-profitability,” Deb said.

All analysts agree that plastic bags less than 50 micron in thickness — the ones that are not recycled — are widely used in the city. “Such bags are rampantly used across the city, except in the Bangur area. There is hardly any regulatory action,” Deb said.

A state pollution control board official pointed out that the Plastic Waste Act 2016 had provisions of fining users of banned plastic carrier bags as well as vendors dealing in them. The onus is on the civic bodies to enforce the act, the official.

Plastic bags less than 50 micron in thickness are banned by the act.

“The act, however, has hardly been imposed,” he admitted.

“We want to raise awareness among all stakeholders before taking any action,” said Debabrata Majumdar, mayoral council member in charge of waste management in the Calcutta Municipal Corporation.