Between Wednesday and Thursday evening, the Alipore Met office recorded around 60mm precipitation 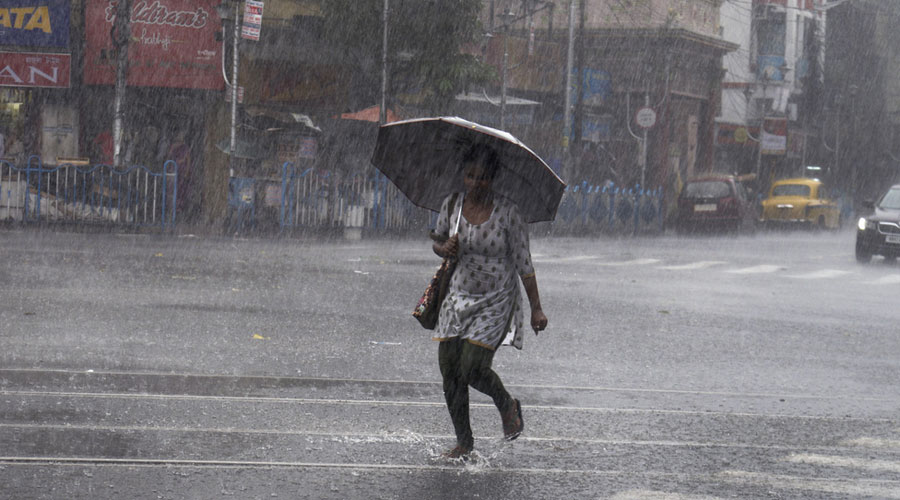 Dark clouds hovered over the city sky since Thursday morning and the rain came in multiple spells.
Shutterstock
Our Bureau   |   Calcutta   |   Published 21.08.20, 02:04 AM

Steady rain since Wednesday afternoon and the forecast for more showers over the next five days have triggered fears of waterlogging in the city.

“Because of these consecutive two low-pressure systems, widespread rainfall is very likely to continue over the districts of south Bengal till August 25,” a Met office statement reads. The statement warns of a “rise in water level in different rivers of south Bengal and water-logging in city and suburban areas”.

Between Wednesday and Thursday evening, the Alipore Met office recorded around 60mm of rain in Alipore. Dark clouds hovered over the city sky since Thursday morning and the rain came in multiple spells.

The Calcutta Municipal Corporation’s measuring station at New Market recorded 55mm of rain in 24 hours from 6.30pm on Wednesday. The corresponding figures at Jora Bridge (Santoshpur) and Joka were 60mm and 49mm, respectively.

In Met parlance, 60mm of rain or more in 24 hours qualifies as heavy rain.

The roads were deserted on Thursday because of the lockdown. Friday is expected to be similar. But people stepping out next week will face problems if the rain persists.

“If the rain continues, several low-lying pockets of the city could be flooded,” said a civic official.

Tarak Singh, a member of the board of administrators of the civic body who is in charge of drainage, said: “We can drain out 12mm of water in an hour. But if the rain is heavy and persistent, there is little we can do.”