The decision was taken at a meeting that VC Das held virtually with teachers, officials and representatives from the students’ unions on Wednesday 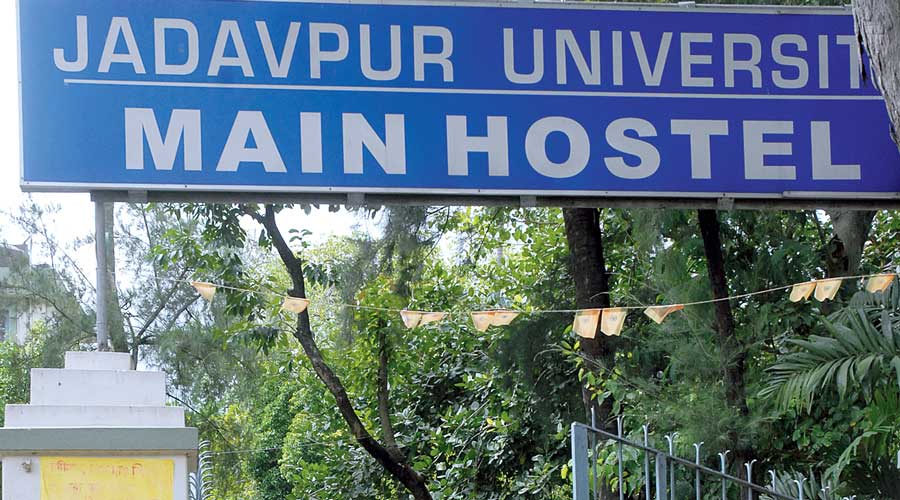 Jadavpur University has written to the state government with a proposal to turn its main hostel, behind  Jadavpur police station, into a safe house for those who test positive for Covid-19.

Vice-chancellor Suranjan Das wrote to health secretary Narayan Swaroop Nigam on Thursday saying the government can use over 6,000 sq ft of space in the hostel — comprising dining halls, dormitory, common space and playing arena — as a safe house.

The hostel and the campus have been shut since March last year as a precaution against Covid-19 and classes are being held on digital platforms.

The decision to turn the ground floor of the hostel into a safe house facility was taken at a meeting that VC Das held virtually with teachers, officials and representatives from the students’ unions on Wednesday.

Among the 13 hostels (four for girls and nine for boys), JU main hostel (for boys) is the biggest, spread over four blocks, and can house 613 students. Unlike the other hostels, it is not located on the campus.

“Our students came up with the proposal of setting up a safe house. But buildings or hostels located within the campus could not be turned into medical facilities for Covid patients, considering we have staff quarters for the university employees on the campus. The campus residents might object. So, we have chosen the main hostel,” JU registrar Snehamanju Basu said.

Several employees have tested positive for Covid and are admitted in hospitals or quarantined in homes. The university had decided to keep the campus shut from April 23 to May 7.

The university has constituted a committee that will coordinate the execution of the safe house venture with the health department.

“Jadavpur University has always stood by victims of the pandemic. We have raised funds and will continue to raise a corpus to support the students who have been hurt by the digital divide in the pandemic. We are turning one of our facilities into a safe house because it is urgently required at a time when cases are peaking,” said Das.

“St Xavier’s University will soon start an isolation-cum-pre-hospitalisation centre on its campus. JU will also do its bit,” he said.

An official of the health department said its concerned wing that looks after the safe house expansion programme has been asked to visit the JU main hostel and decide on the number of beds that can be set up.

“The officials attached with the wing will soon inspect the hostel to find out how the facility could be used. The gesture that the university has exhibited is laudable, considering that this will inspire other institutions to follow suit. We need more safe houses as the case count is on the rise and many lack facilities to isolate themselves at their homes,” the official said.

Another official of the department said that since a huge number of cases were being reported from several pockets of Jadavpur, creating a safe house in the heart of the area was crucial.

M.R. Bangur Hospital, a dedicated Covid hospital, is located nearby, and it would be easier to shift a patient in case their condition worsens, a JU official said.

St Xavier’s College, too, is working on a plan to turn the college’s Raghabpur campus into an isolation centre for the college students and their families who test positive.