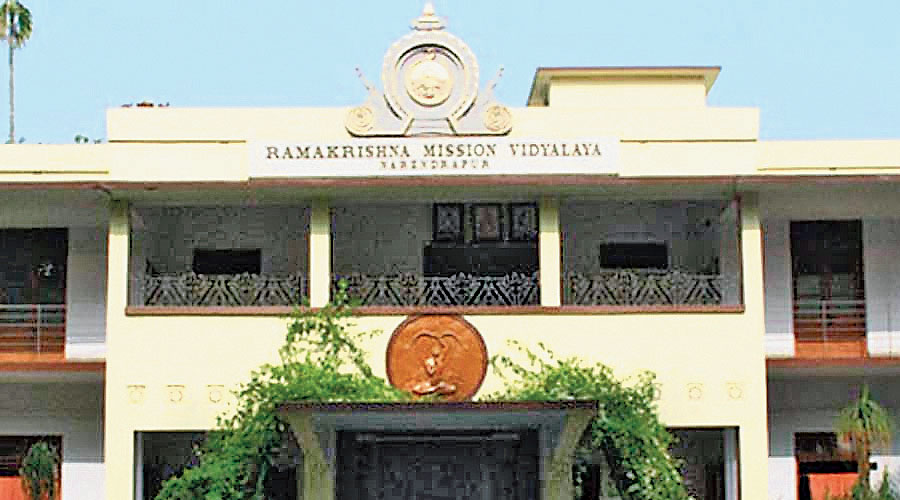 Ramakrishna Mission Vidyalaya, Narendrapur, will hold tests to screen students for admission to Class V at seven centres in November so that distancing norms can be maintained amid the pandemic.

Last year, the test was held at the two traditional venues — the Narendrapur school and Ramakrishna Mission School at Uripok Bachaspati Leikai in Imphal, Manipur.

The test will be held on November 7 and the results published on November 15 on the school’s website. Submission of applications to appear in the exam started on August 9 and will continue till October 30.

Headmaster Brahmachari Turiyachaitanya said that till last year the candidates from Bengal and elsewhere, other than Manipur, would write the admission test at Ramakrishna Mission Vidyalaya in Narendrapur.

“Since the pandemic is continuing, it will not be advisable to ask candidates… to congregate at the Narendrapur centre,” he told The Telegraph. “This year we have been able to make arrangements (to hold the test at more centres) in consultation with institutes under the Ramakrishna Mission.”

An official of the school said the candidates would be allotted centres based on their place of stay.

“For instance, the school at Narendrapur will be the centre for candidates from Calcutta, North 24-Parganas, South 24-Parganas, East Midnapore and Nadia. The applicants from Howrah and Hooghly will write the test at Ramakrishna Mission Sikshanamandira, Belur Math,” the official said.

Only the candidates from Manipur will write the test at the Imphal school.

The admission notice says candidates from places other than those mentioned on the school’s website will appear for the test at the Narendrapur centre.

Admission tests at the school are held at two levels — Class V and XI. The school had cancelled its entrance test for Class XI on June 20. Instead, a 40-minute online test was conducted the same day.