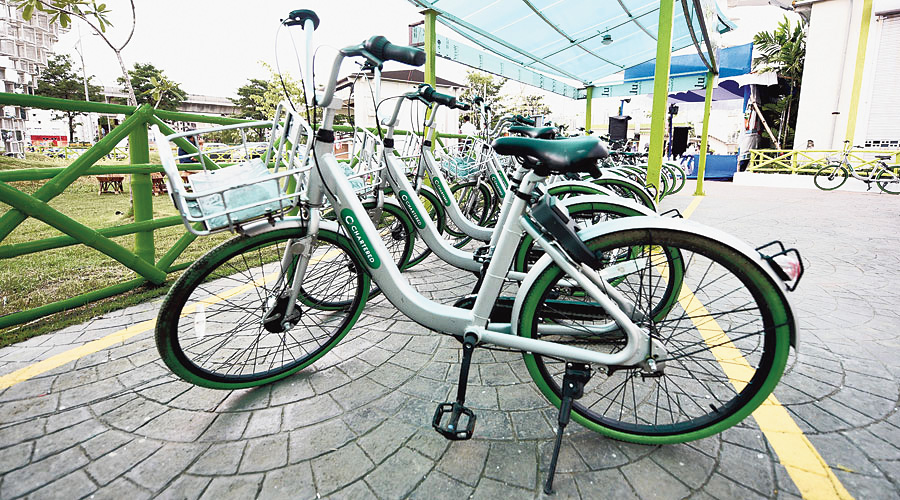 The New Town authorities have issued an advisory to all residential and commercial buildings to set up bicycle docking stations, an officer of New Town Kolkata Development Authority said.

“Hidco has constructed bicycle docking stations near the Nazrul Tirtha bus stand and in front of Hidco Bhavan. We want all residential and commercial buildings to build such stations and ensure that those using bicycles don't park them on pavements or thoroughfares,” the official said.

The bicycle has made a comeback on the city’s streets with many preferring to pedal to work and avoid travelling on overcrowded buses amid the Covid-19 pandemic.

In New Town, unlike parts of Calcutta, cycle tracks run along the service lanes of the Major Arterial Road in several places. And now the authorities will make more space for bicycles by placing orange traffic cones along the extreme left flank of the service roads in the township.

According to another NKDA official, a meeting was held to discuss ways to promote bicycling in New Town and to ensure that residents as well as office-goers choose bicycles as a means of last-mile connectivity.

A committee comprising NKDA officials, representatives of NGOs and educational institutions, and cycling enthusiasts has been formed.

The committee will help promote bicycling by holding regular workshops, where novices will be taught how to ride and experienced riders will be taught good practices and road behaviour.

NKDA chairman Debashis Sen said they would also give out freebies such as Eco Park tickets to those riders who observe proper traffic rules and use bicycle tracks.

“Cycling has zero carbon footprint and we want to encourage this mode of transport,” said Sen. According to him, a number of women participants have stepped forward to learn cycling at the sessions held in New Town.