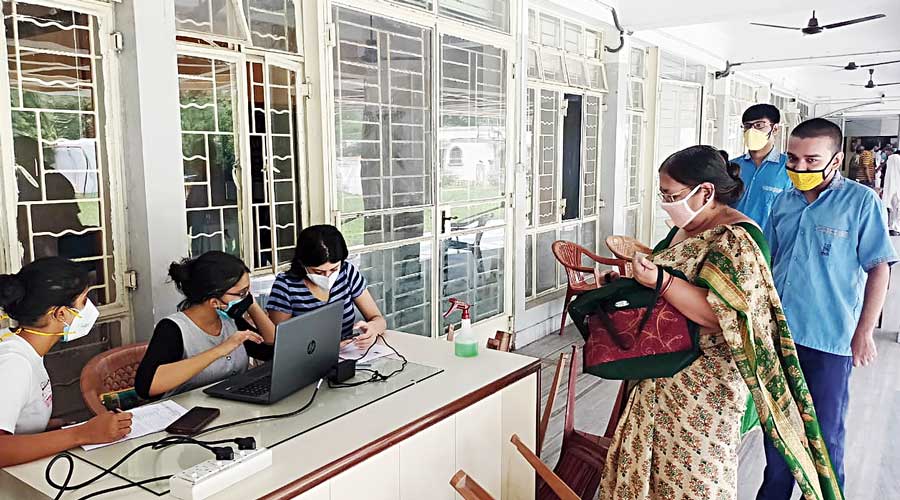 A rehabilitation and research institute for individuals with disabilities conducted a vaccination camp on their premises for students, their parents and caregivers this week.

The one-day camp at Manovikas Kendra eased the process of getting the Covid jabs for students since it is a “familiar environment”.

On Tuesday, 200 individuals that included 96 students with autism, cerebral palsy, Down syndrome and those with hearing impairment were administered the first dose of Covidshield.

The parents and caregivers of the students were also inoculated at the institute.

“These students need assistance, patience and care which could be difficult to get at any other vaccination centre. These individuals also find it difficult to wait for a long time for their turn,” said Anamika Sinha, the director of Manovikas Kendra. “Also, being in a familiar setting makes the process easy as they get stressed around strangers.”

At the institute, they were surrounded by their teachers and many students enjoyed coming back to their campus even if it was for a jab, an official said.

“We approached Swasthya Bhawan about a month back and it was the (state health) department that did the liaison with a private hospital (Apollo Gleneagles Hospitals), which administered the Covishield doses,” said Sinha.

The hospital sponsored the doses for 50 students, while Manovikas Kendra bore the cost of the remaining 46 doses. The parents and caregivers paid for their jabs.

Long queues and difficulty in getting a slot had made some parents approach the institute to organise a camp on their premises. Before making the arrangements, the institute held a meeting with the parents.

“I was waiting for the institute to organise the camp because I cannot take my son to a public centre. My son (who has autism) could not have stood in a queue,” said Partha Sarathi Mukherjee, who got vaccinated at the institute along with his son.

It was a hassle-free experience for Anuradha Pal Choudhury to walk in with her 38-year-old son.

“I did not want to take my son to a hospital because the staff might not be able to give special care to him,” she said.

She said those administering the vaccine at the institute were very patient with some of the students who were getting a bit restless.