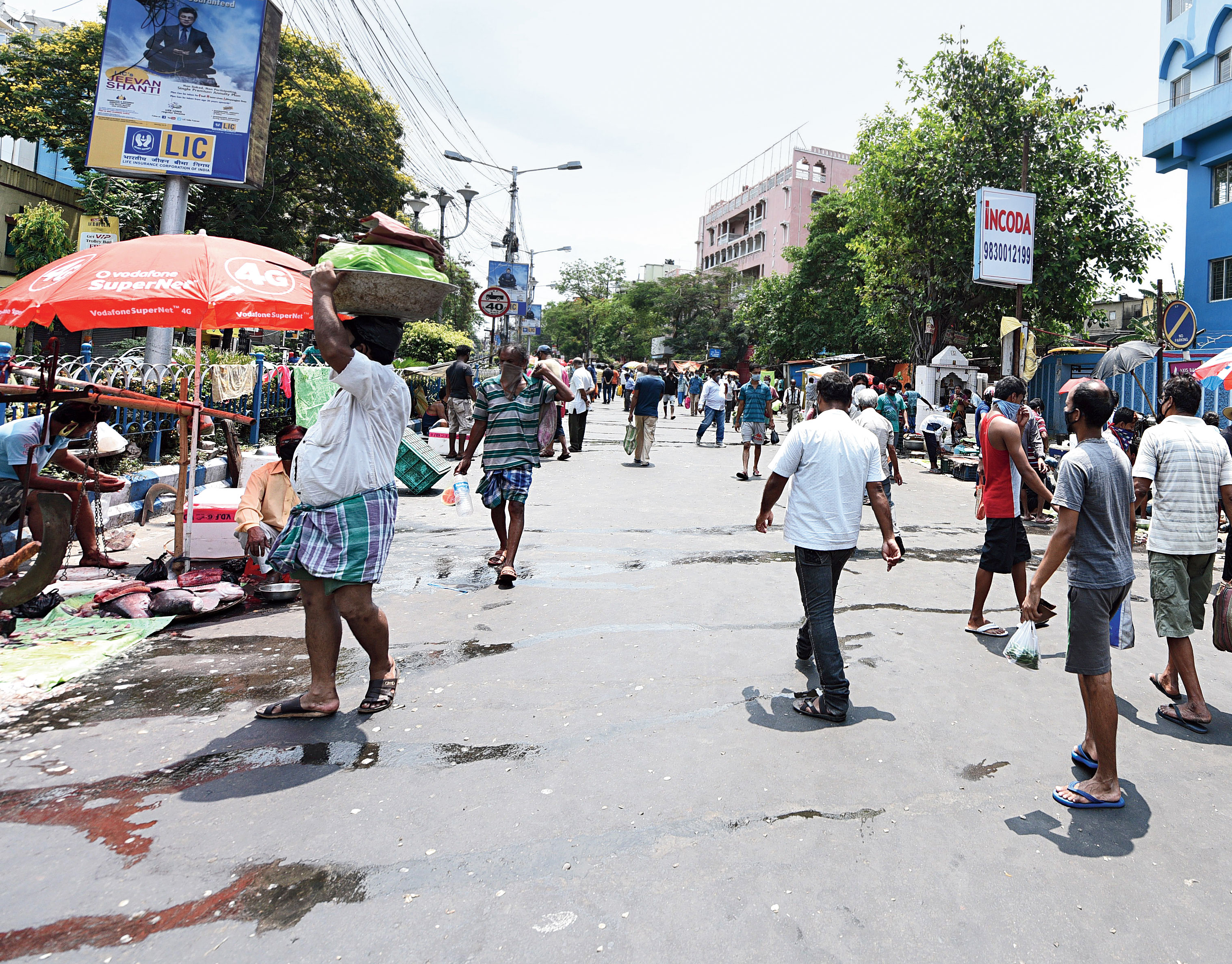 The market under Bijon Setu was shifted to a flank of the Rashbehari connector to decongest the area under the flyover on Friday morning. Hundreds of people were seen shopping on the stretch when Metro reached there around 10.30am. Social distancing was absent in several parts of the new market.
Picture by Gautam Bose
Debraj Mitra   |   Alipore   |   Published 01.05.20, 07:28 PM

The city received a sharp spell of rain on Friday and the weather department said the next 72 hours are likely to see more than one similar spell.

A low-pressure area over south Andaman Sea gave fillip to a string of cyclonic circulations closer home, bringing winds and rain to the city.

“A low-pressure area has formed over South Andaman Sea and the adjoining Bay of Bengal. The system is slowly intensifying and tipped to turn into a deep depression over the next 48 hours,” said Sanjib Bandyopadhyay, deputy director-general, IMD, Calcutta.

Three cyclonic circulations — over north Bengal, south Odisha and eastern Uttar Pradesh — worked in tandem with the low-pressure area in triggering the incursion of moisture-laden winds into land.

Dhapa got over 50mm of rain till 7pm on Friday, according to the pumping stations of the civic body.

New Market got around 30mm and Cossipore 20mm.