We have ordered the nursing homes to pay Rs 2 lakh to the families of patients who passed away, says commission’s chairperson Ashim Banerjee 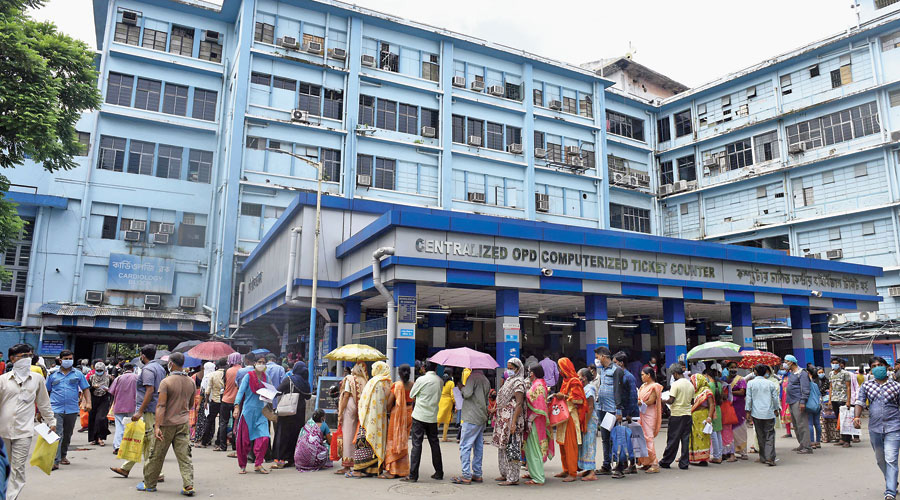 The state clinical establishment regulatory commission on Monday asked Megacity in Duttapukur, North 24-Parganas, and Specialists’ Corner in Salkia, Howrah, to pay Rs 2 lakh each as interim compensation to families of patients who passed away at the nursing homes. The panel found the nursing homes negligent.

Megacity did not take necessary steps when a 25-year-old woman’s condition was deteriorating, retired judge Ashim Banerjee, the commission’s chairperson, said at a news conference on Monday.

The woman eventually passed away. The hospital said during Monday’s hearing that they had alerted the doctor who was treating the woman, but he did not turn up.

“The hospital’s duty is not just to inform the doctor. As the doctor had not turned up, the hospital should have taken other steps, which they did not do,” Banerjee said.

“We have asked the hospital to pay Rs 2 lakh as interim compensation to the family. We have also told the family that they can approach West Bengal Medical Council if they have any complaint against the doctor. If they get a verdict in their favour, the family can approach us again and we will award a final compensation.”

The woman was under the doctor’s supervision ever since the early days of her pregnancy, said Banerjee. She was admitted to the hospital in October 2019.

Banerjee said the woman gave birth to a baby in the morning. Complications started soon thereafter, but no doctor examined her. She passed away around 5.30pm.

At Salkia’s Specialists’ Corner, a 50-year-old woman passed away after developing complications post-surgery, but the doctor who performed the operation did not turn up. Banerjee said that during a hearing in August, the owner of the nursing home, a doctor, had said the surgeon was responsible for the patient’s death. The owner had said the woman’s doctor had admitted her by force and the hospital could do nothing.

“The chief medical officer of health (CMOH), Howrah, submitted a report, where it is clear that the patient’s medical details were present in the OT register. Since we found the patient’s details in the register, the nursing home cannot absolve itself of responsibilities,” said Banerjee.

“We have asked the nursing home to pay Rs 2 lakh as interim compensation to the woman’s family and also asked the family to approach West Bengal Medical Council. If they get a verdict in their favour, they can come back to us and we will award the final compensation,” said Banerjee.

The woman was admitted to Specialists’ Corner in August 2020 for a surgical procedure. She was admitted at 7.30am, underwent surgery at 9am and the complications started after some time. She remained unattended for long and then passed away, said Banerjee.

The commission also asked Sarada Seva Sadan to pay a patient Rs 50,000 as compensation and also return the entire bill amount barring the doctor’s consultation fee and medicine charges. The patient developed a severe infection in the arm as a channel made in the arm at the hospital led to complications, said Banerjee.

The patient was admitted to the hospital for an orthopaedic intervention. “There was a need to create a channel in one arm. The procedure to do the channel was not done properly because of which his hand had swollen severely,” said Banerjee.