The CMC, BMC and CMDA have taken the decisions following state govt’s announcement that parks will remain open from 6am to 9am from Wednesday 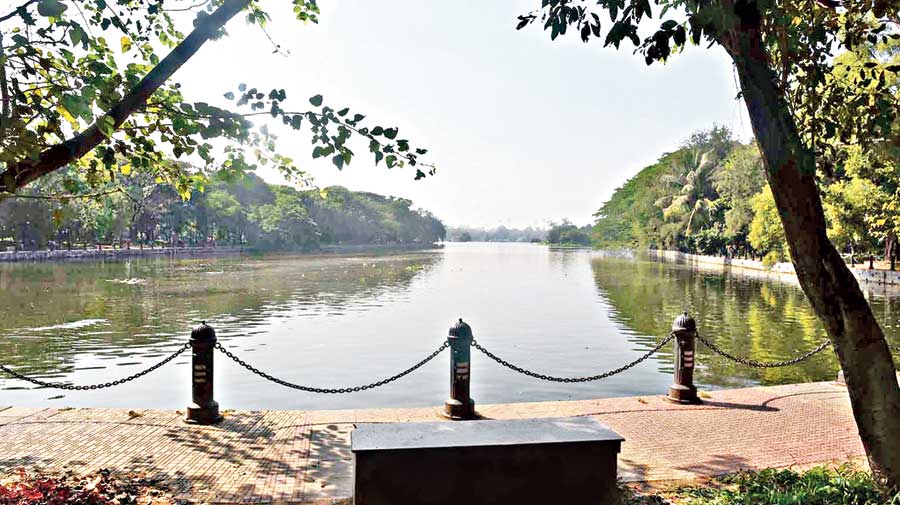 The civic bodies in Calcutta and Bidhannagar will put up posters at their parks announcing that only fully vaccinated people would be allowed in.

The CMDA has asked guards at its parks to check whether the visitors are carrying vaccination certificates.

“There will be notices outside the parks telling visitors to enter only if they are fully vaccinated. It is not feasible to check whether every visitor is vaccinated,” said an official of the CMC, which manages about 700 parks.

Visitors to Rabindra Sarobar could face some screening as the CMDA, the custodian, has asked its guards to check whether the visitors are carrying vaccination certificates.

“We have decided to keep six of the 13 gates of Rabindra Sarobar open on Wednesday morning. If we open all 13 gates, it would be impossible to scan the vaccination status of the visitors,” the official said.

Among the gates that will be open are two major gates on Southern Avenue, the ones near Bengal Rowing Club and the one near Buddha Mandir.

At Subhas Sarobar, all gates will remain open, said the CMDA official.

Krishna Chakraborty, the chairperson of the Bidhannagar Municipal Corporation's board of administrators, said they would put up notices asking visitors to step in only if they were fully vaccinated.

Most parks in Salt Lake have multiple gates and they remain unlocked throughout the day.

The forest department has told guards at Central Park to ask visitors whether they are vaccinated, said Raju Das, the additional principal chief conservator in the state forest department, which maintains the park.

All parks in New Town have guards. Debashis Sen, the chairman of the New Town Kolkata Development Authority, said: "We have decided to go by what people tell us. In most cases people don't even carry phones during morning walks….”