Sounds like birds have decided to sing their hearts out 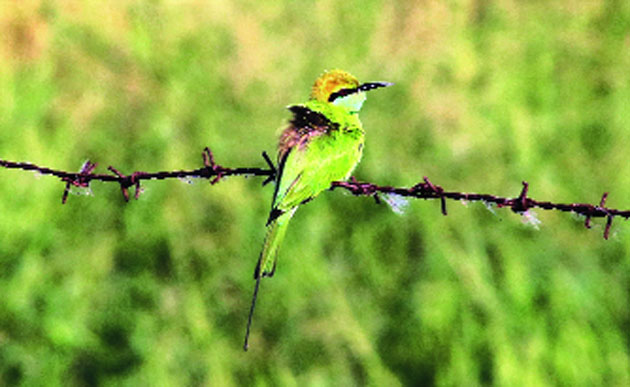 Nestled amid apartment blocks, Regent Park is abuzz with birds in this lockdown season. Locking us inside seems to have given them a chance to step out and explore their surroundings without the fear of being disturbed.

Early mornings, when I sit still on a bench in the cosy park looking at some unkempt shrubs, a Common Prinia with gray-brown plumage flits in and out. The Purple-rumped Sunbird gives it company in search of nectar from wild flowers.

A Green Pigeon nibbles on a banyan fig while a pair of Red-vented Bulbul pecks on ripe fruits of the mohua tree in a corner. As I look at them with rapt attention, a dazzling golden bird takes flight. It is the Black-hooded Oriole known by its Bangla name, Isti-kutum, the announcer of arriving guests. But of course, I know, we will not have any guests now, not for the time being.

Reverberating Cuckoo calls only remind of the arrival of spring.

But this spring is different. Never have I seen and heard so many of them together. Be it the mechanical beating sound of the Basanta-bouri (Coppersmith Barbet) or the shrill cry of a Black Kite couple while building a nest in a mobile tower, I have never felt nature so alive before.

On a lazy afternoon on my day off, I saw a Bee Eater on the barbed fencing cautiously waiting for solitary bees out of hives. I heard the Ghughu (Dove) cooing softly in courtship and saw a horde of Parakeets make a sweeping move along the skyline before perching themselves on the giant Rudrapalash in the park.

At dusk, the Fingeys (Drongos) with their black plumage and dark ghost-like silhouette, do aerial manoeuvres to catch insects under street lights.

As evening descends, the big banyan tree beside Regent Park post office comes alive. It sounds like all the birds in the city have decided to sing their hearts out.

As I return from duty at night, almost every day I find the Banglar Pencha (Bengal Eagle Owl) sitting on the traffic kiosk at the deserted four-point crossing of Ranikuthi…. It nods its head as if to say, ‘you take rest, I take it from here’.