Number of buses more than double but still not enough 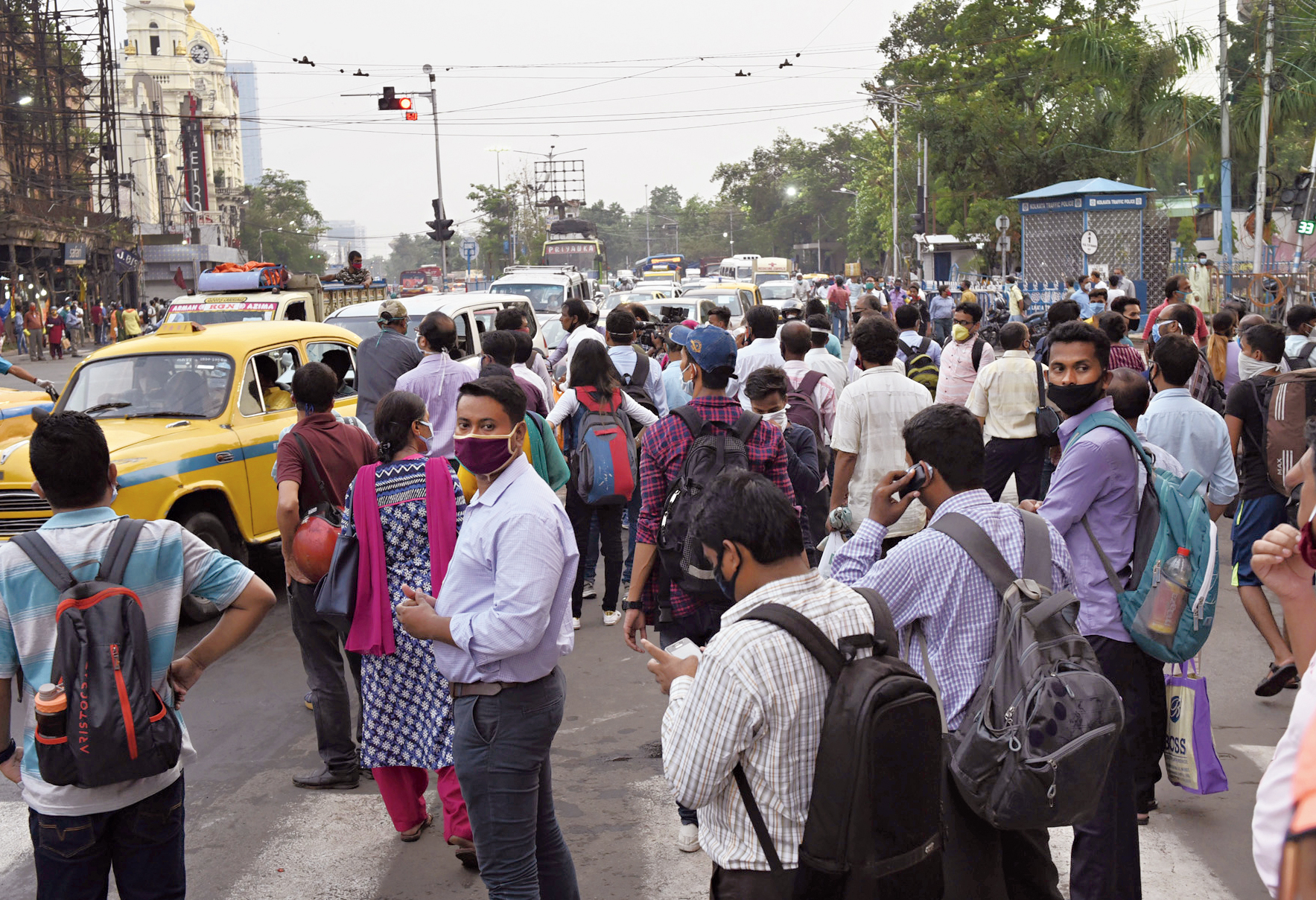 Calcuttans came out in large numbers and more offices opened but public transport was scarce.

Hundreds of people were waiting at bus stops for a commute home till late Monday evening. The number of buses had more than doubled to 1,800 from 700 but it was not enough.

“I had to wait 40 minutes at Beleghata for a bus to my office in Salt Lake,” said Soumya Banerjee, who works for an equity firm.

Madhuri Basu, who had to travel to Bosepukur in Kasba from Ajoynagar off the Bypass, had to pay a taxi Rs 500.

The Calcutta Municipal Corporation, which has sought cent per cent attendance, has sent a proposal to the state transport department to run special buses for its employees.

Bus owners said they were still trying to figure out whether it was viable to operate with old fares.