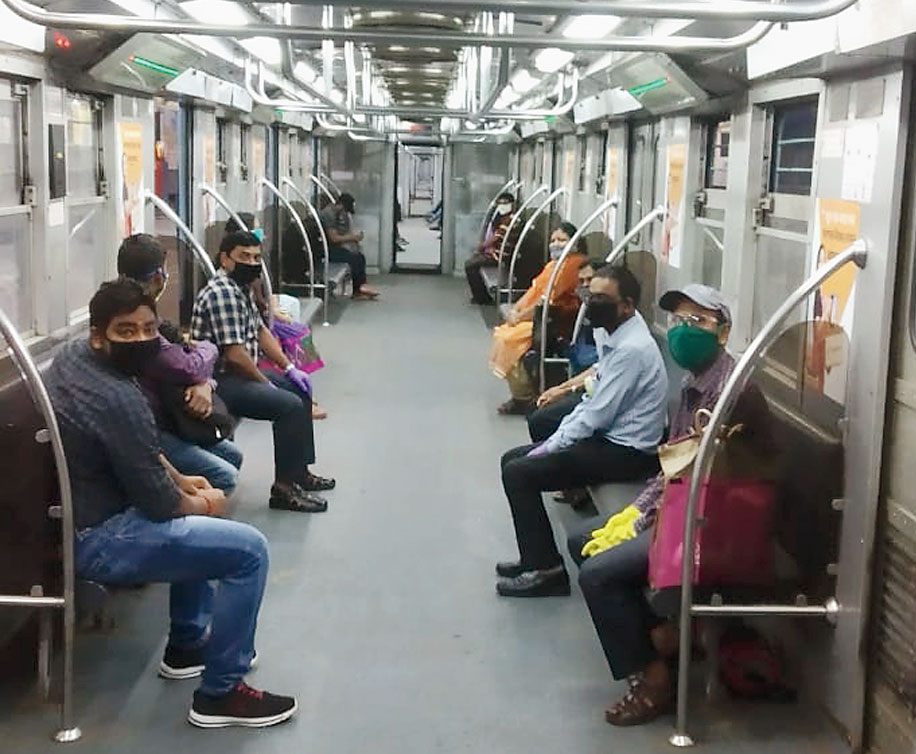 Two pairs of Metro trains ran the full stretch between Dum Dum and Kavi Subhash on Thursday, the first time in 64 days.

Both pairs ran without any trouble, a Metro official said.

Metro started trial runs from Thursday to check the preparedness of its rolling stock and electrical assets. The services were stopped on March 25 as part of the nationwide lockdown.

“All the trains will be tested in the coming days. The functioning of the doors, cooling, jerks during journey, brakes and all other components will be monitored. The electrical assets will be checked,” The Telegraph spokesperson Indrani Banerjee said.

The first pair of trains left Noapara and Kavi Subhash stations around 10.15am, an official said. The occupants were members of the Metro maintenance staff and other employees posted at the headquarters in Park Street.

Some non-Metro but rail employees took the trains to go to work and return.

The second pair of trains ran on a single line in the evening, one after the other. The other line was blocked for a cable job, an official said.

The carrier has 24 operational rakes, of which 19 are AC ones.