Cancellation of flights prompts city residents to flock to airport 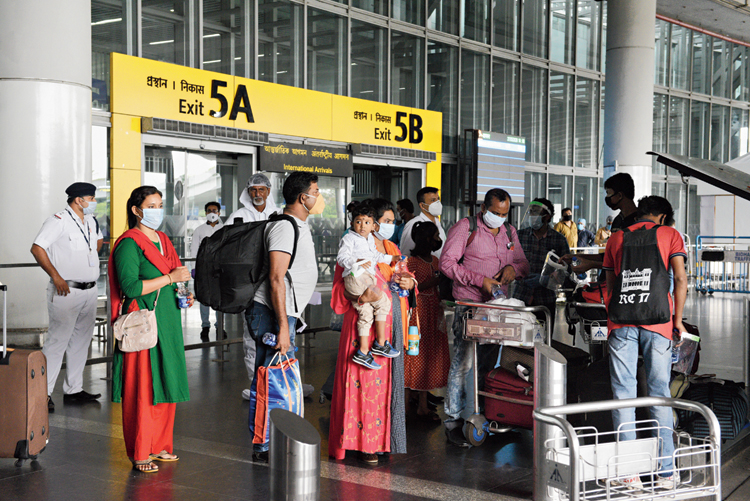 Several people who had booked tickets on domestic flights for Thursday landed up at the city airport on Wednesday demanding refunds after many airlines cancelled flights, airport officials have said.

“At least 20 people came to the airport to find out how to get refunds....They hadn’t been able to get through airline helpline numbers because of network problem,” the airport official said. “Airline counters at the airport were closed; so, they had to go back.”

The initial plan was to resume services at Calcutta from Monday with 80-odd flights taking off and an equal number landing. The aviation ministry later deferred the date to Thursday on the state government’s request and brought down the number to 10 flights.

The number is likely to increase from June 1.

On Wednesday evening, Air India decided to add another flight from Calcutta to Guwahati and Tejpur, taking the number of flights to 11.

Airlines had to cancel many flights — for which they had started bookings — to bring down the number according to the revised schedule, an airport official said.

The second repatriation flight to bring back Indians stranded in Bangladesh landed at Calcutta airport on Wednesday. The flight, under the Centre’s Vande Baharat mission, had 169 passengers on board, all of whom have been sent to institutional quarantine.