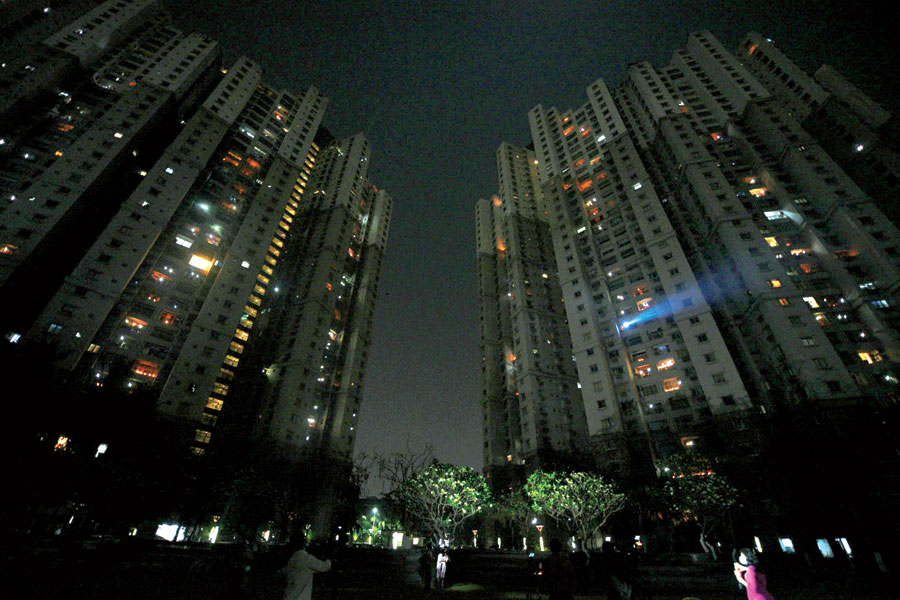 The four Covid-19 hospitals in the city will have a total of 1,425 beds, the state health department has announced.

The New Town campus of Chittaranjan National Cancer Institute (CNCI), MR Bangur Hospital in Tollygunge, an annexe building of AMRI Salt Lake and the Beleghata Infectious Diseases (ID) Hospital have been designated as “state-level” hospitals for treatment of Covid-19.

The state government has also named 59 hospitals that will treat only Covid-19 patients in the first phase. Besides the four in Calcutta, the rest are in the districts.

The four “state-level” hospitals in the city will act as referral units, where patients from other Covid-19 hospitals can be brought for treatment, a health department official said.

“These four hospitals have better infrastructure to treat patients — more ventilators compared to most hospitals in the districts. Hence they have been designated as state-level hospitals where patients from the districts may be referred to,” the official said.

Treatment of all other diseases has stopped in these four hospitals and fever clinics are being run instead.

The hospitals are open to people who have fever or other symptoms. “A person with fever or any other symptom can come to the clinics at these hospitals. The person can consult a doctor there if she/he has fever, respiratory trouble or coughing. The admission or tests, though, would depend on the discretion of the doctors on duty,” the official said.

A portion of AMRI Salt Lake has been taken over by the health department and converted into a Covid-19 hospital, a hospital official confirmed. All other patients are being treated in the other building of AMRI Salt Lake.

Metro had reported on Thursday that the state planned to convert the New Town campus of Chittaranjan National Cancer Institute, the Infectious Diseases and Beleghata General Hospital and an annexe of AMRI Salt Lake into dedicated hospitals for treatment of Covid-19 patients.

The health department has issued a notice, stating which patient should go to which of these hospitals. “A person suffering from Severe Acute Respiratory Illness (SARI) not yet tested for Covid-19” or “one who has tested positive for Covid-19 (SARI or otherwise) with moderate to severe symptoms” would be sent to MR Bangur Hospital.

CNCI, New Town, will be for patients with “Covid-19-like symptoms but who have not yet been tested” or those who have tested positive but are low-risk. Beleghata ID Hospital and AMRI Salt Lake will deal with a patient “who has tested positive for Covid-1 9 with significant morbidity”.