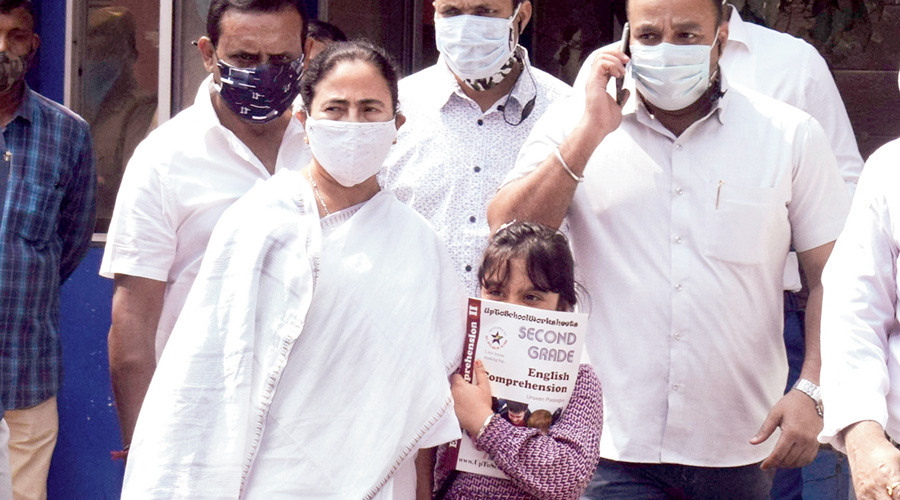 CBI officials questioned Rujira Banerjee, wife of Trinamul MP Abhishek Banerjee, on Tuesday for less than an hour in connection with a probe into a coal smuggling case.

The CBI team turned up at the south Calcutta home of Rujira around three minutes after chief minister Mamata Banerjee, aunt of Abhishek, had left the address on her way to Nabanna.

Mamata lives in the same locality but sources close to her could not recall when she had last visited Abhishek’s home.

“She is Abhishek’s aunt and can always visit his home.… She might have visited to stand by the family. Don’t try to read much into it,” said a source close to Mamata.

Rujira’s questioning was shorter compared to the two-and-a-half-hour-long session that CBI officers had with Maneka Gambhir, her sister, on Tuesday.

Rujira, a Thai national, was questioned as a “witness”. “For the time being, we will analyse what she said and then decide the next course of action,” a CBI source said.

A nine-member CBI team, including two women officers, and lawyers from the agency’s legal advisory team reached Abhishek’s house, Shantiniketan, on Harish Mukherjee Road around 11.35am, a few minutes before Mamata was seen walking out of the address. Abhishek’s daughter saw off the chief minister. Police officers said it was an “unscheduled” visit.