CMC parks to reopen for Durga Puja from October 15 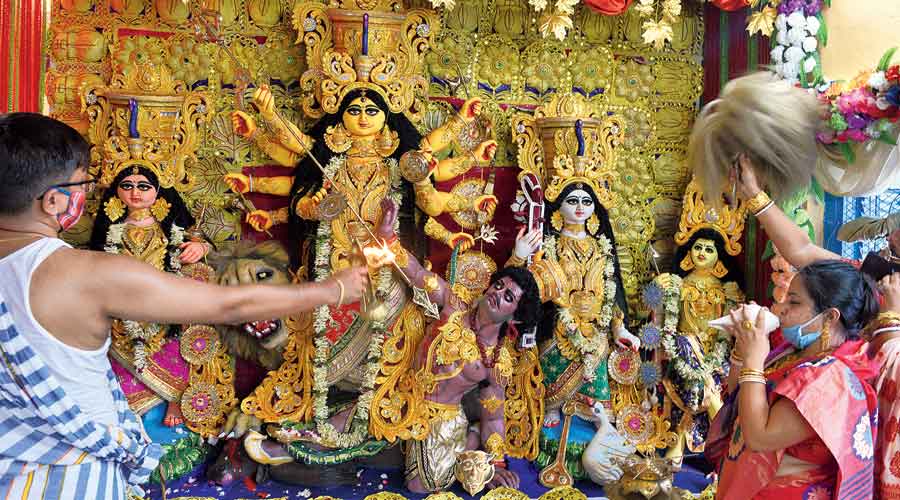 Many committees who organise Durga Puja in parks have been banking on collecting some revenue from stalls since corporate sponsorship and advertisements are hard to come by.
File picture
Kinsuk Basu   |   Calcutta   |   Published 08.10.20, 02:13 AM

The Calcutta Municipal Corporation will throw open all parks from October 15 for the benefit of several puja committees during the pandemic.

“More than 250 pujas are held in various parks across the city. We will open the parks from October 15; the exact timings and other details will be prepared after we get the government advisory,” Debasish Kumar, the member of the CMC’s board of administrators in charge of parks and gardens, said.

Many puja committees that organise Durga Puja in parks have been requesting the CMC for the past few days to reopen its parks.

“How can we hold the puja unless the CMC decides on reopening the parks,” Joydeep Saha of Belgachhia Sadharan Durgostav said. ,

It organises Durga Puja on circus maidan in Tala Park, one of the many parks in north Calcutta maintained by the CMC.

“Several stall owners have been approaching us. The police have already ruled out joy rides. We have applied for permission not knowing whether parks will reopen,” Saha said.

After a puja organiser applies for police permission, a team visits the park to go through the arrangements as part of physical verification.

The CMC maintains 756 parks across Calcutta, an official said. A few like the Rabindra Sarobar at Golpark-Dhakuria and the Subhas Sarobar at Kada-para off the Bypass are maintained by the Calcutta Metropolitan Development Authority.

A majority of these parks have been closed since March when the Centre announced the lockdown. In June, the CMC opened a few parks to morning walkers with restricted timings.

Many committees who organise Durga Puja in parks have been banking on collecting some revenue from stalls since corporate sponsorship and advertisements are hard to come by.

In the absence of clear directives from the CMC, the committees cannot decide whether to allow stalls.

“This year, committees organising Durga Puja in open areas will bank on stalls for some income. But on Tuesday, the police told us not to decide anything about setting up stalls till they give the permission,” Pabitra Basak of Kumartuli Park puja committee said. “Last year, there were close to 40 stalls apart from joyrides…. We are not sure what will happen this year.”

The police have been going through applications of committees that hold Durga Puja in parks maintained by the CMC.

“The chief minister has clearly said pandals should have clear circulation of air. In parks, this will be easier… than the pandal in lanes and on roads,” an officer said.