The 1,200-page chargesheet has named BJP leader Rakesh Singh as the prime accused 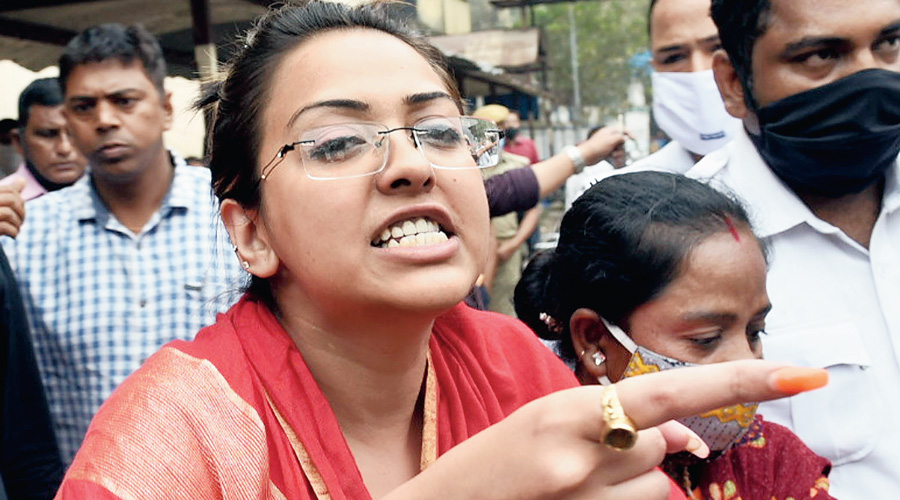 Calcutta police dropped the names of Pamela Goswami, her friend Prabir Dey and guard Somnath Chatterjee from the chargesheet in the cocaine case that was submitted in court on Monday.

The 1,200-page chargesheet has named BJP leader Rakesh Singh as the prime accused.

A departmental inquiry has been started against the officer in-charge of New Alipore police station, whom Pamela had allegedly accused of being biased when she was in custody, a senior officer at Lalbazar said.

Goswami had alleged that the officer was hand in glove with Rakesh and had allegedly allowed one of his associates — Amrit Raj Singh — to flee the spot moments before cops surrounded Pamela’s car and arrested her on February 19.

It also mentions two drug dealers, who had allegedly supplied cocaine to Sweety; Aryan Dev, who allegedly alerted the local police station (New Alipore) about the purported presence of cocaine in Pamela’s car; Suraj Kumar Shah, who was riding the scooter that allegedly helped Amrit Raj to flee the spot and another associate of Rakesh, who lived near his home.

According to the submission by the cops, Rakesh had procured the cocaine through various persons, who were also arrested. Amrit Raj has been declared an absconder in the case.

All eight named in the chargesheet have been charged under various sections of the Narcotic Drugs and Psychotropic Substances Act.

The charges, if proved, could lead to a maximum punishment of 10 years in jail.

Goswami, a secretary of the BJP’s state youth wing, and two others were arrested from NR Avenue in New Alipore on February 19 after police allegedly found 90g cocaine under the front seat of the car in which the three were travelling.

While in custody, Goswami had purportedly claimed that she was offered a seat in the Assembly elections against cash by Rakesh and that she and her friend were being taken to meet a Union minister, who was in Calcutta that day, when Rakesh had planted the cocaine in the car to trap her.

During the probe, the police said they had examined at least 80 witnesses before submitting the chargesheet on the 74th day from the date of Pamela’s arrest.