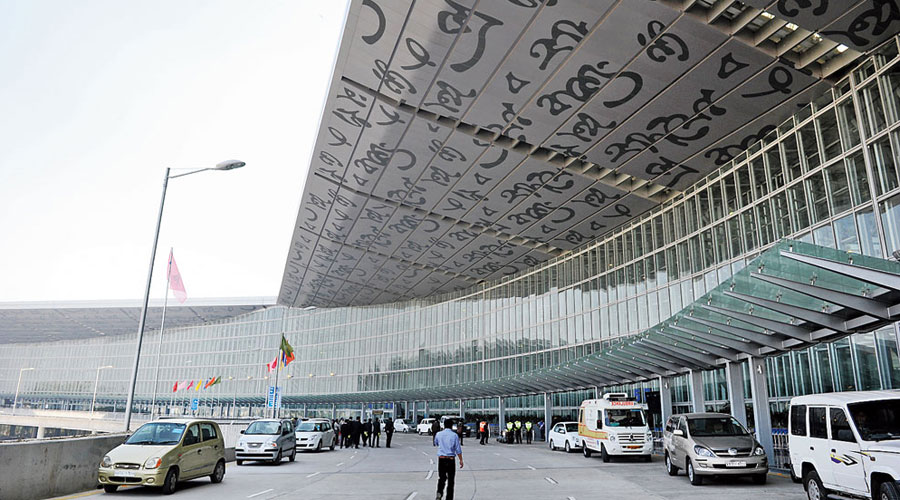 The Bengal government on Monday gave the green light to resumption of daily flights from Delhi to Calcutta “with immediate effect”, but the restrictions on flights from five other cities will continue.

Several airlines said they would take a few days to resume daily flights from Delhi to Calcutta because of operational and other issues.

The decision to allow daily flights from Delhi to Calcutta was taken after the director of the city's airport requested chief minister Mamata Banerjee on Monday to ease the restrictions, sources said.

Mamata was at the airport on Monday to catch a flight to Bagdogra. The sources said airport director Kaushik Bhattacharya requested her to lift the restrictions.

“The chief minister said the restrictions would be lifted in a phased manner. Then she said her government would allow daily flights from Delhi,” the official said.

Bhattacharya said he did talk to the chief minister during the day, but refused to divulge any details.

Later in the day, Bengal home secretary H. K. Dwivedi wrote to the secretary of the civil aviation ministry, informing him about the state government’s decision to allow daily flights from Delhi to Calcutta from Tuesday.

“....this is to inform you the government of West Bengal has decided to allow direct flights in Kolkata-Delhi sector on a daily basis with immediate effect,” the letter written by Dwivedi stated. “However, the restriction on flights coming in from five cities viz Mumbai, Pune, Nagpur, Chennai and Ahmedabad for thrice a week shall continue as earlier notified.”

Calcutta airport officials said the airlines could start operating daily flights from Delhi from Tuesday, but a number of airlines said it would not be possible for them to resume daily flights immediately.

“The flights were cancelled till December 21. We received the information about the state government lifting restrictions on Delhi flights this evening. So, we have to discuss how to redeploy aircraft,” said a source at IndiGo airline. “We have to apply for slots both at Calcutta and Delhi airports. This will take some time.”

An official of SpiceJet, too, said, the airline would not be able to resume daily operations from Tuesday. “We have to open bookings for the flights. Without that it would be an almost empty flight. Tickets cannot be sold overnight,” said an official of the airline.

Airlines and travel agents have long been demanding lifting of the restrictions. This newspaper has reported several times that the airlines have requested the airport authorities to speak to the state government on the issue.

Tour operators had written to the state government pleading for the restrictions to be lifted.

“It’s a welcome move. The Delhi sector is more important now than before because of the air bubble connections to other countries. Many people from Calcutta have to go to Delhi for travelling onwards to places like London and New York,” said Manav Soni, chairman, eastern region, Travel Agents Association of India.

“The one-way fare in the Delhi-Calcutta sector on the days the flights are operating is as high as Rs 10,000 if the ticket is booked 48 hours in advance,” he said.

“We will appreciate it if the state government lifts restrictions on all sectors, particularly Mumbai. Airlines and tour operators are incurring losses because of the restrictions,” said Anil Punjabi, chairman, east, Travel Agents Federation of India. “The government can introduce a clause of Covid testing on arrival for passengers from these cities.”

The Calcutta airport authorities have set up a Covid testing facility at the old domestic terminal building for passengers arriving from London on Air India flights without undergoing tests before boarding.