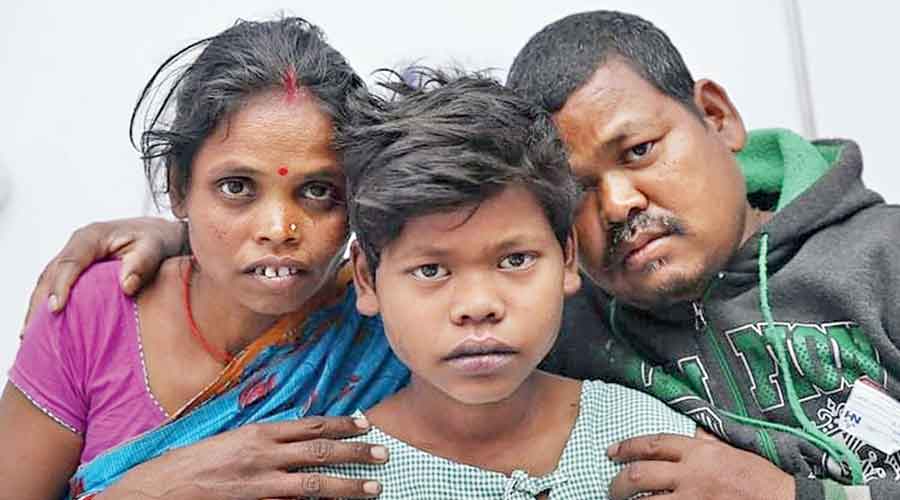 A 13-year-old boy from Odisha’s Kendujhar district who was suffering from a condition that severely weakened the heart’s ability to pump received a new heart at Narayana Multispeciality Hospital in Howrah on Tuesday.

The heart that Badal Paida received was retrieved from a 22-year-old man who was declared brain dead at Apollo Gleneagles Hospitals in Calcutta on Monday. Basudev Das Adhikari, the donor, suffered an accident while returning home on his two-wheeler in West Midnapore’s Sabong on Saturday.

“After Basudev was declared brain dead on Monday, a doctor at Apollo approached us asking if we wanted to donate his organs. His father was present and he instantly agreed. If someone else is able to lead a normal life with his organs, we will be happy,” said Nanda Das Adhikari, a cousin of the deceased.

The transplant ended around 8pm and the teenager was kept on ventilator support in the intensive care unit (ICU) of the hospital. A doctor who was part of the transplant team said Badal’s condition was stable.

“The boy suffered from a congenital heart condition called Ebstein’s anomaly, which can be treated by a valve repair if the patient comes early. But this boy came to us at an advanced stage. The only option left was a heart transplant,” said Debasis Das, a cardiac surgeon who led the team that conducted the surgery.

An official of Narayana Multispeciality Hospital said the patient was treated in January but the family was told they would have to come at a short notice if a heart was available for transplant.

“We came to know around 1.30am on Tuesday that the heart of a brain dead man could be retrieved. We immediately informed the boy’s family and they left their home in Kendujhar,” said the official.

Badal was admitted to the hospital around 8.30am. A team from Narayana left Apollo with the retrieved heart at 4pm. “It took 16 minutes to cover the 15km between the two hospitals because we were given a green corridor,” said the official.

Das said the boy would have to be on regular follow-up to see if his body was rejecting the heart.