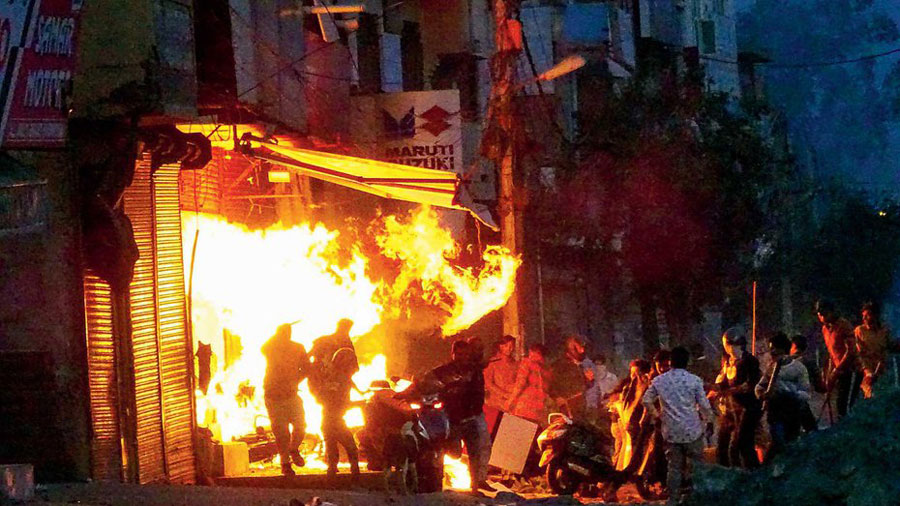 Calcuttans from various quarters have been chipping in to help victims of the Delhi riots.

A team of volunteers, including a young doctor, took Tuesday evening’s Rajdhani from Sealdah to Delhi. They spent most of Wednesday at Sarojini Nagar market, buying bed sheets, mattresses, sanitary napkins and baby food.

“We are coordinating with local NGOs and volunteers and buying stuff on the basis of feedback from them,” said Debashis Halder, 27, who has completed his MBBS from the Calcutta Medical College and Hospital.

His team is part of the Shramajibi Swasthya Udyog, a collective of doctors and health workers engaged in extending health care to the marginalised.

The team visited relief camps in Mustafabad and neighbouring areas on Thursday. The camp at Mustafabad idgah, set up by the Delhi government and its waqf board on Monday, has beds for 800 women and 700 men. Most of the 600-odd residents are Muslims who have lost their homes to the riots in northeast Delhi. The camp is managed by residents and NGOs.

The team has also bought some basic medicines. “We will go to the camps and see for ourselves what else is needed,” said Halder.

The collective had issued an appeal on social media on February 27, asking people to contribute for the riot victims. “We want to send more such teams in the coming days,” said Punyabrata Gun, a doctor involved with the collective.

A team of students from Jadavpur University has been collecting funds for the victims over the past few days. The students have set up a counter near the World View bookstore on the campus, where they have placed cardboard boxes for people to put their contributions.

Over the past 48 hours, several students have stepped forward to pitch in with their contributions. “We are also going to shopkeepers and traders in the vicinity. So far, the response has been good,” said Anuska Paul, a third-year English honours student at JU and one of the organisers.

The organisers are in touch with students of Delhi University and Jawaharlal Nehru University. They plan to visit Delhi this weekend to hand over the money to the volunteers in Delhi.

Mudar Patherya, communication consultant and philanthropist, said he was planning a trip to Delhi on March 11 to provide income-enhancing things to people. “I want to help a person who has lost his e-rickshaw by providing him with another one. Or help a man who has lost his livelihood by giving him a sugarcane crusher,” he told Metro.

“It is also important that people from both communities are helped,” Patherya said.

A group of theatre workers is planning to raise funds by staging street plays and songs.

The group, Jana Gana Mana, has earlier collected funds for flood victims. “In terms of scale and ferocity, the Delhi violence is a disaster, too. It is imperative that citizens do whatever they can to help the victims,” said Subhankar Das Sharma, 35, a member of the forum.

The group plans to launch its campaign this weekend, from the demonstration against the new citizenship matrix at Zakaria Street.