The Anik Datta film had released on Friday to either full or near-full shows; no official word from cops 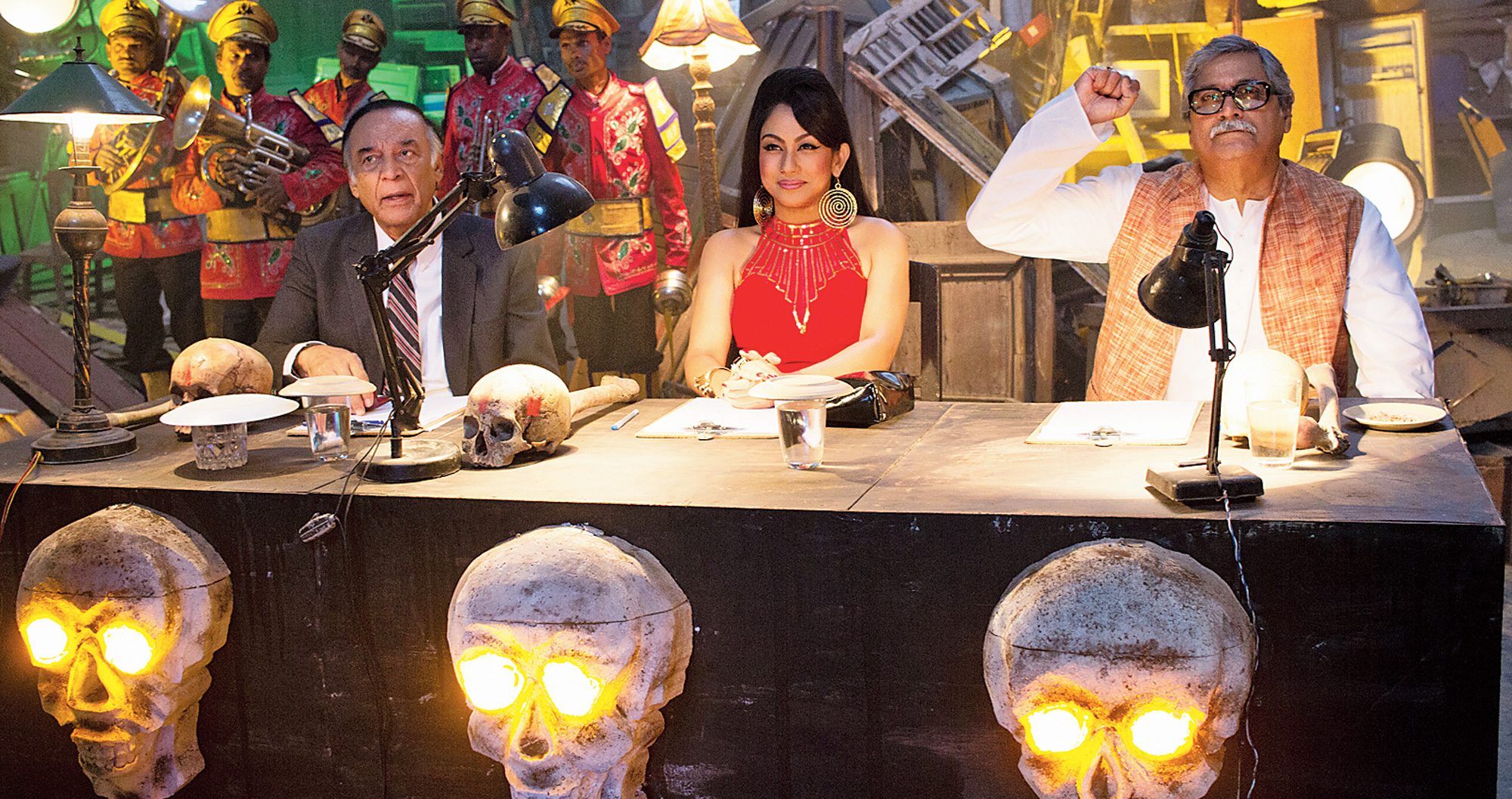 Bhobishyoter Bhoot, a “political satire” by filmmaker Anik Datta, was pulled out of several theatres in Calcutta a day after its release amid allegations that police had ordered the step by citing “popular sentiment” and potential “law-and-order trouble”.

Datta said one of the producers of Bhobishyoter Bhoot had received a letter from the police before its release, saying that the film needed their clearance because certain portions might trigger trouble.

“My job is to make films. And after release, it is up to the audience to watch. I did not expect this. There was no explanation. No one told me why the film was being taken off,” he told Metro on Saturday evening.

A spokesperson for INOX, the multiplex chain, said: “We have been asked to discontinue screenings keeping in mind the interest of guests.”

The film had released on Friday to either full or near-full shows.

A source said morning shows of the film were screened as scheduled on Saturday. The afternoon show at INOX Hiland Park was the first one to be stopped. All shows were cancelled thereafter. Those who had booked tickets received a refund, the source said.

At INOX South City, a section of the audience protested aloud when told that the film would not be screened. They sought an explanation that was not available, triggering allegations about a gag on freedom of expression.

A resident of Bhowanipore watched an evening show of the film at a Lake Mall multiplex. “The hall was almost full and the audience applauded several scenes,” she said.

A source at INOX said the police had on Saturday morning asked for all shows of Datta’s film to be “halted immediately”, saying the content was political and that it could “instigate” people.

A senior police officer who did not want to be named asked for proof that the cops were behind the move. “Who says that (the police have intervened)?” he demanded to know.

Officially, there was no statement from Lalbazar, the city police headquarters.

Asked about the row over the film and the alleged police action, Indranil Sen, minister of state for information and cultural affairs, said: “I have no idea. I will try to find out what actually happened.”

According to filmmaker Datta, a Supreme Court order states that a film cleared by the Central Board of Film Certification (CBFC) needs no further clearance from any other agency.

Actor Koushik Sen and several others condemned the alleged crackdown on Bhobishyoter Bhoot. “It’s a political satire and it pokes fun at every party,” said Sen, who has acted in the film.

Indira Unninayar, an advocate and co-producer of the film, said: “The film Bhobishyoter Bhoot is a socially relevant satire packed with wit and humour, and the public responded very favourably to it when it was released yesterday, terming it ‘mature’. The film has been unceremoniously taken off the cinemas just one day after its release despite it running to packed houses.”

Unninayar added: “We have been informed that the cinema halls had received instructions from the police for reasons beyond our comprehension. This action devalues the certificate issued by the CBFC. It is the duty and role of the police to offer protection to those who want to see the film and uphold the right to freedom of speech. Instead, it is doing the very opposite.”

Citing legal constraints, the film’s producers did not make public a copy of the purported letter from the police till late on Saturday.