This particular helicopter was of Heritage Company and the pilot, co-pilot and a local youth died in the crash 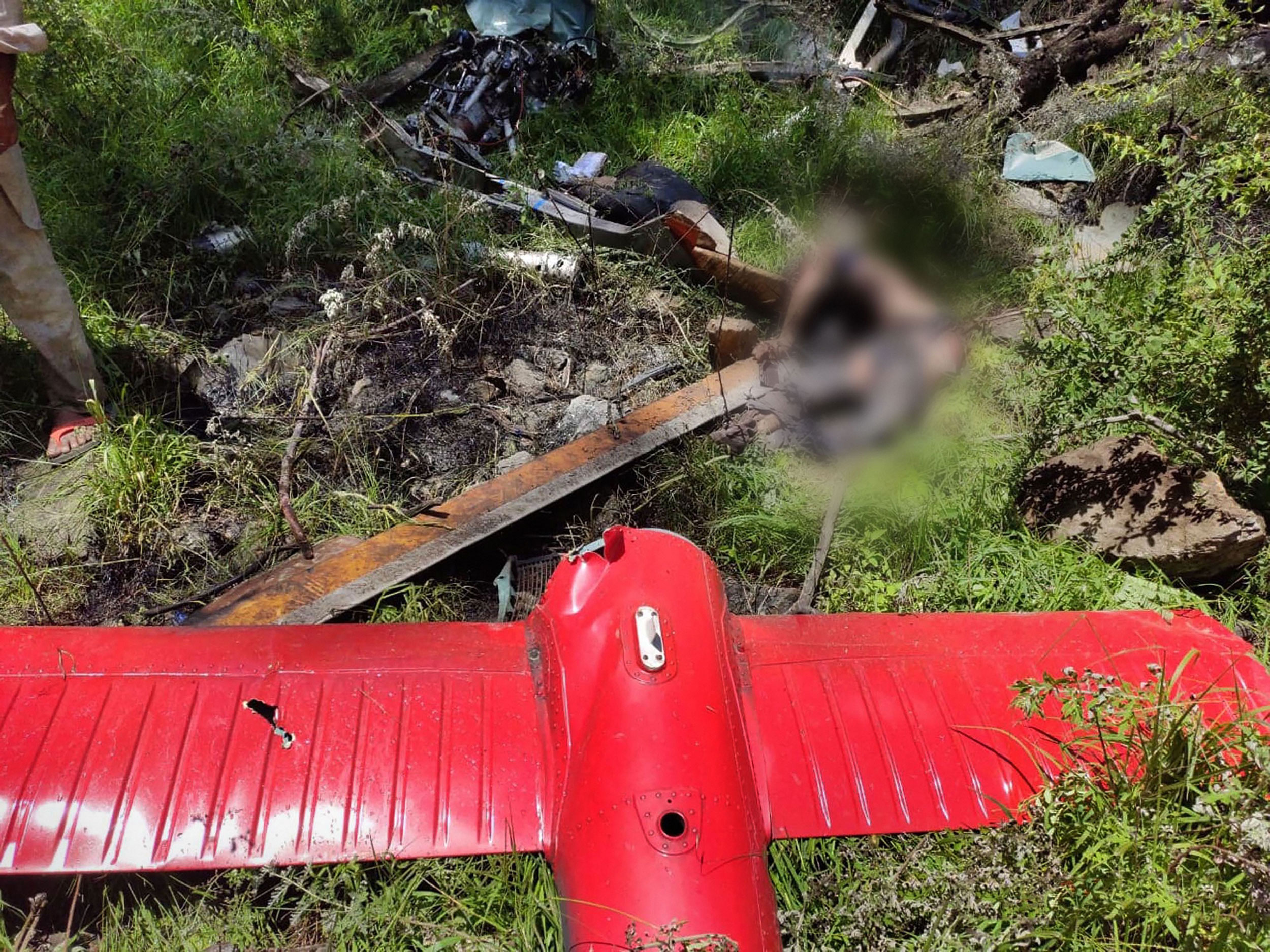 A pilot from Calcutta was among three persons who died when a helicopter on a relief mission in Uttarakhand hit a ropeway wire and crashed into a hill in rain-drenched Uttarkashi district on Wednesday.

The state’s information department confirmed on Thursday that Shailesh Kumar, an engineer from Calcutta, was among the dead.

“Captain Ranjiv Lal, a pilot from Delhi, Shailesh Kumar, an engineer from Calcutta, and Rajat Rana, a youth of Kharsali in Yamunotri died on the spot. We have decided to give Rs 15 lakh as ex gratia to the kin of each victim,” Uttarakhand’s information department said.

Sources in the department said Kumar was the co-pilot of the private helicopter.

Earlier in the day, chief minister Trivendra Singh Rawat had confirmed the crash and the deaths.

This particular helicopter was of Heritage Company and the pilot, co-pilot and a local youth died in the crash, Rawat said.

“A helicopter, which was sent to drop relief materials in the affected areas of Uttarkashi, was returning after doing the job when it touched a wire in village Moldi of Arakot area. While trying to get away from the wire, the helicopter hit a hill and crashed,” Rawat told reporters in Dehradun.

The wire was meant for a ropeway used to transport apple from orchards to waiting trucks.

The Uttarakhand government on Thursday suspended aerial rescue operations following a Met department warning of unexpectedly heavy rainfall in the hills over the next 48 hours.

At least 59 people have died in the last five days after a cloudburst triggered incessant rain and landslides in Uttarkashi, Chamoli and other adjoining districts.

Twelve villagers have not been traced since they disappeared three days ago.

“Keeping in view the bad weather condition, we have suspended rescue operation, which was going on under the supervision of the Indian Air Force and other agencies. However, the National Disaster Response Force and the State Disaster Response Team would continue saving the residents of the affected areas,” Rawat said.

Fifty-five people have so far been airlifted and admitted to different hospitals in the state after the fury of the elements left them seriously injured in Uttarkashi, Chamoli, Pithoragarh and Pauri districts.

According to reports from the district administrations, 115 houses have been completely destroyed. Rawat said properties worth Rs 170 crore had been destroyed over a 70sqkm area while electricity supply had been disrupted over a 14sqkm area.

“We have given Rs 4 lakh to the family members of each (person) killed in the natural calamity,” Rawat said.

A source in the state government told local media the official machinery had failed to some extent in reaching most of the affected villages.

“We are heavily depending on local porters who carry food and medicine on their back and deliver it to the villagers. They have proved the most effective in reaching the people. The NDRF and the SDRF have been deployed to repair or rebuild fresh roads and bridges, which were swept away in the cloudburst or flash floods,” the officer said.