Calcutta Metro's rake from China to run by Durga Puja

Extensive trials of the rake manufactured by China’s CNR Dalian Locomotive & Rolling Stock Co. are being conducted almost every night 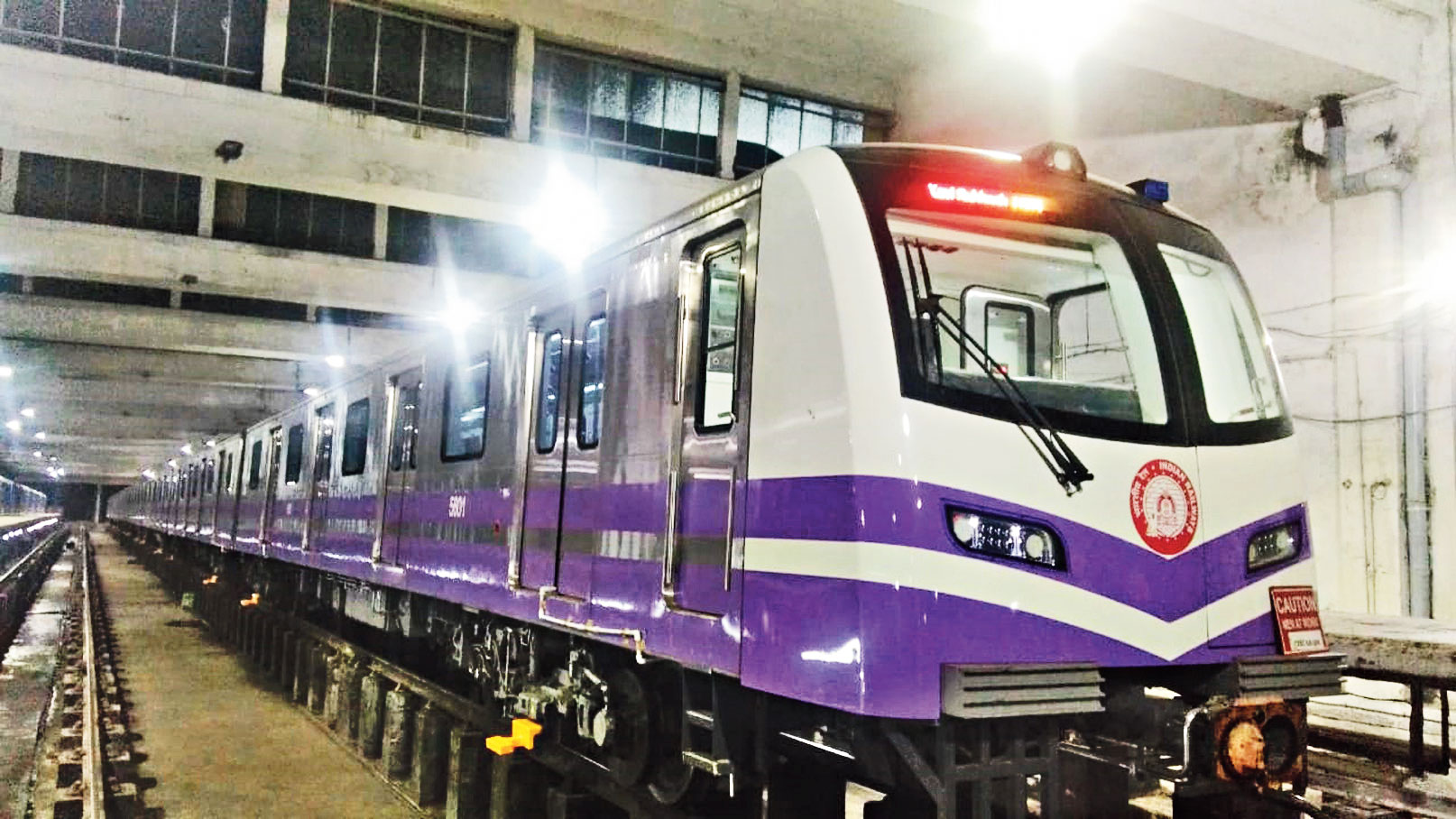 Metro Railway is planning to roll out its Chinese rake for commercial run by Puja, a move that will provide some relief to commuters from the problems caused by old and creaking Indian rakes.

Extensive trials of the rake manufactured by China’s CNR Dalian Locomotive & Rolling Stock Co. are being conducted almost every night and engineers said no major glitch had so far been spotted.

Metro officials said they were putting all efforts to make the Chinese rake ready for commercial run because the new rakes manufactured by the railway-owned Integral Coach Factory in Perambur, near Chennai, are developing glitches.

One of the six new rakes — the six had arrived from Perambur in phases over the past two years — had to be sent back to the factory for rectification of defects.

The first of the 14 rakes that the company in Dalian has been contracted to manufacture for Calcutta Metro arrived in the city on March 3. The train, Calcutta Metro’s first foreign rake, was off-loaded from a vessel at the city port the next day.

Engineers said the braking and the traction systems of the Chinese rake were being tested now. During the traction trial the authorities are trying to assess whether the rake is drawing power properly from the third rail, officials said.

The oscillation trial, which will assess the range of oscillation of the rake at various speeds, will be held soon.

“We will verify whether the maximum oscillation is within the permissible limit. One component of the test is to measure ride quality and comfort,” an official said.

The trials are all being held at night.

This week, the trials will be conducted with sandbags whose weight will be equivalent to the passenger load the rake can carry. “The braking and traction tests will be held with sandbags because that will help us ascertain how the rake will behave in real situation,” the official said.

“Our focus is now on the rake manufactured in Dalian and trials are being conducted. We are trying to put the rake into commercial run as early as possible,” Metro Railway spokesperson Indrani Banerjee said.

A senior Metro official who refused to be named said the authorities were hoping to start commercial run with the Chinese rake within three months, provided the clearance from the commissionerate of railway safety comes in time. “We are planning to run the rakes by this Puja,” the official said.

Learning from earlier mistakes, the authorities have asked the Chinese manufacturer not to send the remaining 13 rakes immediately. “If there are any defects in the first rake, we would like the manufacturer to ensure that the rest are free of them,” the official.

One of the air-conditioned rakes built by the Perambur factory was sent back for rectification last week. This was the fifth of the six rakes — all christened Medha — that had arrived from Perambur.

The authorities have only deployed the first three rakes for commercial run. Metro sources said the six rakes from Perambur had been diagnosed with almost the same set of problems, which include water dripping from roof-mounted AC units, faulty doors and malfunction in the third-rail current collector.

Water leaked from the roof of one of the trains days after its commercial run started. On June 10, another new rake got stranded at Sovabazar station following a power failure, crippling the services for hours. Engineers said a cable in the current collector had come off, leading to the snag.

The fifth rake was sent back after a team of officials from the manufacturing unit visited Calcutta earlier this month to inspect the trains.

“Our engineers were able to fix the problems in all rakes but this one,” said a Metro official. “We want to include at least two more Medha rakes in the commercial fleet before the Puja.”