At this stage of investigation, there is no need for handing over the probe of the case to the central agency: Justice Rajasekhar Mantha 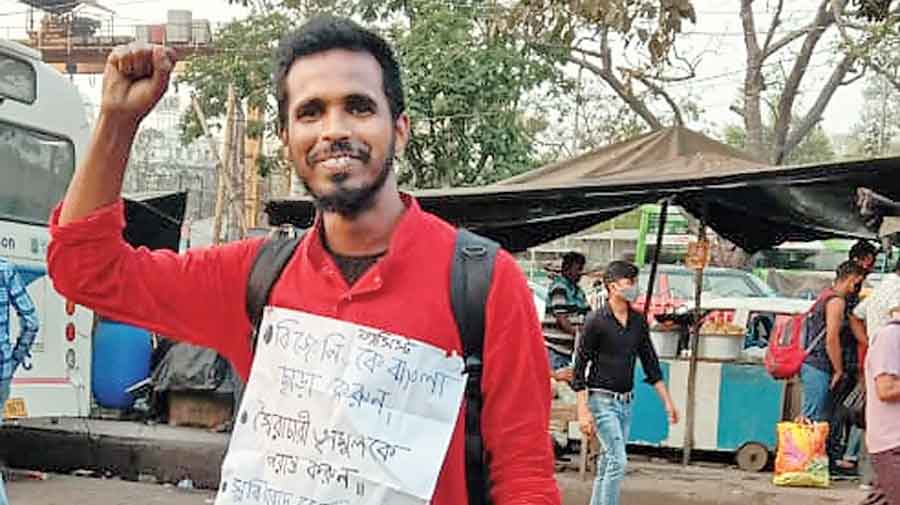 Calcutta High Court on Tuesday refused to hand over the probe into the death of student leader Anis Khan to the CBI.

Delivering the verdict, Justice Rajasekhar Mantha said: “The state appointed special investigation team will continue its probe into the case. At this stage of investigation, there is no need for handing over the probe of the case to the CBI.” The judge, however, asked the SIT to complete its probe and file the chargesheet as early as possible.

Anis’s father Salem Khan, who moved the high court for the CBI probe, said he would challenge the verdict before a higher bench. “We can get justice only if the CBI conducts a probe,” Salem said.

Anis, a 27-year-old former Aliah University student, was found dead outside his home in Howrah’s Amta on February 19 night. Family members of Anis have alleged he had been thrown off the roof of their home by police personnel who had arrived to search for the student leader.

On February 21, chief minister Mamata Banerjee formed the SIT to probe the death of Anis. Three persons, including two cops, were arrested.

The state’s move could not satisfy the family of Anis as well as political parties.

After verifying a report placed by the SIT, Justice Mantha reposed his trust in the SIT and asked it to continue with the probe.

Bengal on Tuesday reported 406 Covid-19 infections, 120 recoveries and one death.

The state has currently  2,329 active cases. The positive confirmation rate was 4.74 per cent.