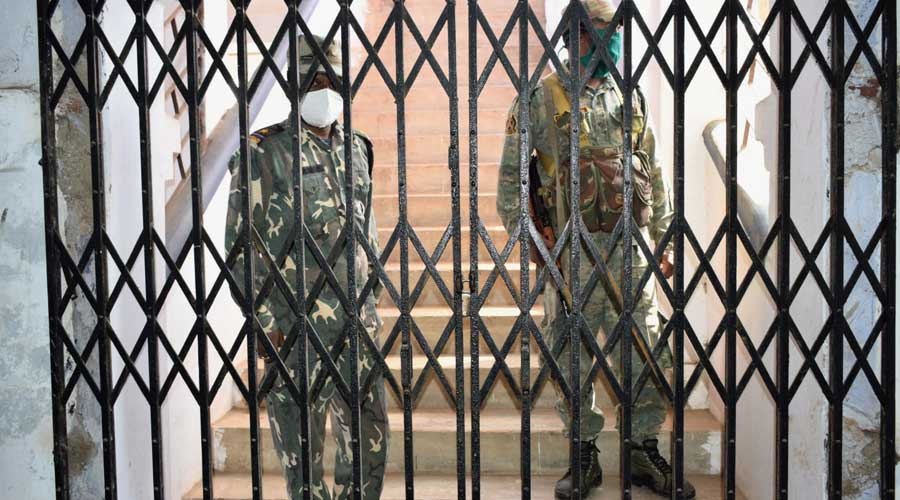 The beleaguered Bengal BJP suffered a setback in Calcutta High Court on Tuesday when a division bench headed by Chief Justice Prakash Srivastava rejected its plea to cancel polling to the Contai municipality that was held on February 27.

The BJP had moved the court over allegations of massive violence by the ruling Trinamul on the polling day and said people had been prevented from voting.

Counting to 107 civic bodies, where polling was held on Sunday, will take place on Wednesday. Although 108 is the official number, Trinamul wrested power in the Dinhata municipality unopposed.

However, while refusing to accept the BJP’s appeal, the bench asked the state election commission to file a detailed affidavit by March 7 with its views on the allegations made by the petitioner. The poll panel has also been asked to preserve all election-related documents. Counting of votes for Contai municipality has been allowed, but the case will be heard again on March 19.

The state poll commission identified around 100 counting venues and set up a three-tier security system to ensure peaceful counting from 8am.

Unarmed policemen and combat forces will be deployed outside the venue.  No individual other than the returning officer can use cellphones inside the counting centre that will be manned by armed policemen. Votes will be counted for a maximum of 18 and a minimum of two rounds.

Though the commission allowed victory rallies, it is said to have directed the police to strictly deal with any instance of lawlessness.

Poll experts have by and large predicted a Trinamul sweep. However, leaders of both the Left and the BJP said the results won’t reflect popular mandate as Sunday’s polling was “marked by mass rigging and voter intimidation”.

“ Our comrades expect that despite the rigging we might win in some wards... For that, it is necessary that they (Trinamul) don’t manipulate counting,” said CPM's Rabin Deb. The Congress echoed him.

The BJP's state chief spokesperson, Samik Bhattacharya, added: “We respect democracy and hence participated in the polls. But there can be no free and fair polls in Bengal as long as Trinamul is here."

Trinamul dismissed the accusations. “If these charges were true, several people would have come forward to say they couldn’t vote. That has not happened. In several places poll percentage has dropped in comparison to the Assembly polls (meaning that if polls are rigged, the number of votes is more),” said Trinamul MLA Partha Bhowmick, but did admit that a handful of uncalled-for incidents took place on Sunday.