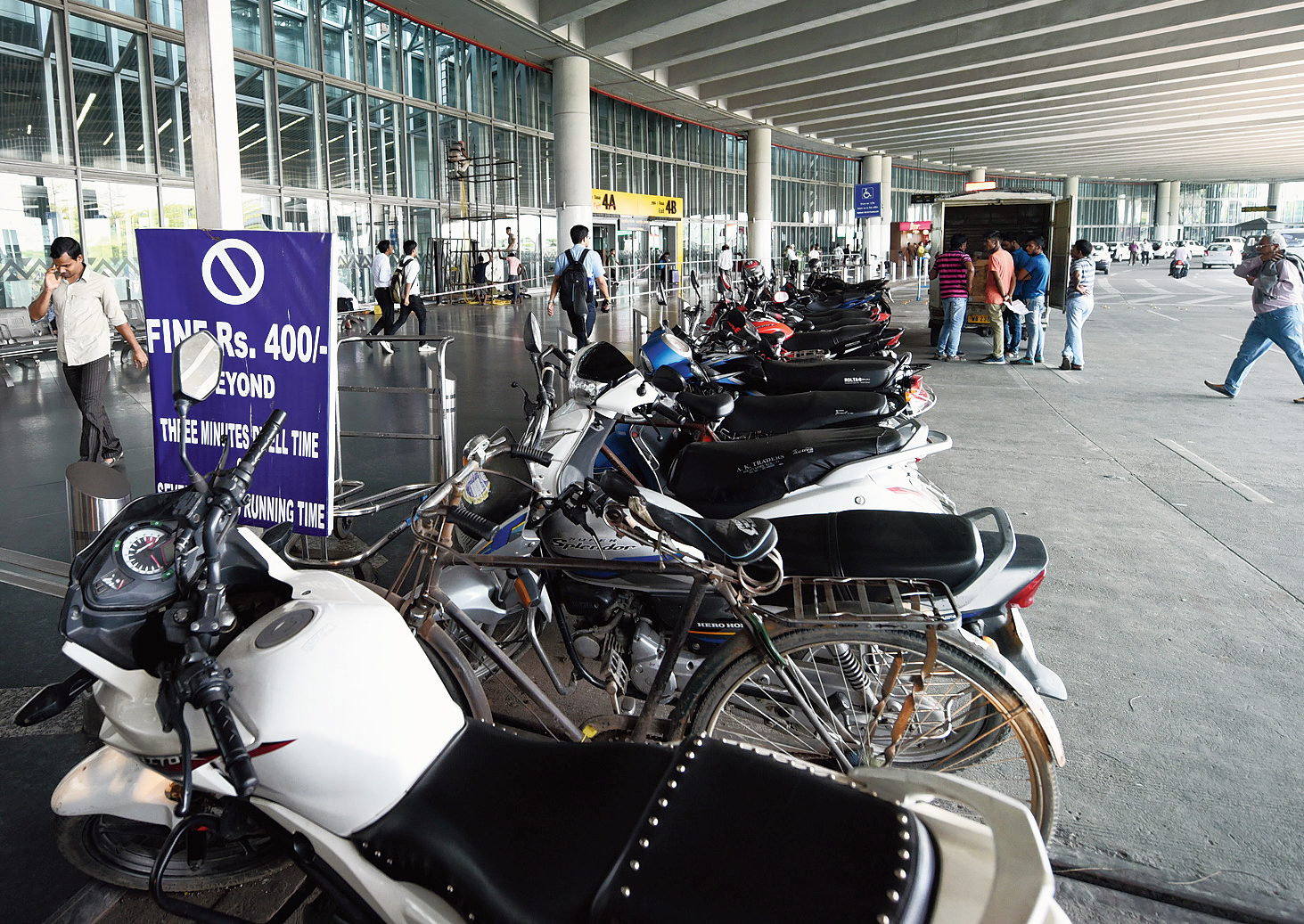 Calcutta airport’s parking booths remained unmanned for the second consecutive day on Friday as a Trinamul-backed union was allegedly not allowing the new parking contractor to start collecting fees.

The stalemate, airport sources said, is resulting in a daily revenue loss of Rs 6 lakh.

The NSCBI Airport Contractual Workers’ Union is demanding that Mahesh Sunny Enterprises Pvt Ltd, hired to run the parking operations at the airport for three months, retain all the workers recruited by the previous contractor.

The Delhi-based Mahesh Sunny Enterprises has brought around 15 people from north India to staff the parking booths.

Metro reported on Friday that around 60 men had stormed the agency’s office in the airport around Wednesday midnight and threatened the officials.

One of the officials said a few Trinamul leaders turned up later in the day and said they would not allow Mahesh Sunny Enterprises, whose contract took effect at Wednesday midnight, to start work unless the agency agreed to retain the staff of the previous contractor.

Airport officials and passengers said security was being compromised as cars were entering the compound and being parked unmonitored.

“The signage announcing the rules are everywhere but there is no one to enforce them because the agency that has won the contract to manage parking is being forced to sit idle,” an airport official said.

“The agency deploys marshals in front of the terminal. The marshals check the tokens, issued by booths at the entrance, mentioning the time of entry. But today, in absence of the marshals, no fine was being imposed.”

“This morning I found no one at the booths at the entrance. Some people were playing cards there. I parked my car but am worried what would happen to it,” he said over the phone from Chennai.

Airport officials said police had told them footage of CCTV cameras at the parking lot was being scanned for security. “We can’t deploy Central Industrial Security Force personnel because they are facing a staff crunch,” the official said.

Babulal Yadav, the general manager of Mahesh Sunny Enterprises, said he could not deploy the personnel till the issue was resolved.

The airport authorities have written to the police that they were losing Rs 6 lakh daily in revenue.

“We have lodged a formal complaint with the Bidhannagar commissionerate and spoke twice to senior police officers. But the police told us they would not interfere in a labour problem and it should be settled through talks. They also asked us to contact Dum Dum Municipality,” an airport official said.

Barun Natya, the working president of the Trinamul-backed NSCBI Airport Contractual Workers’ Union, is deputy chairman of the municipality.

Natya had said on Thursday the agency had brought people from Haryana and Delhi to take away jobs of local youths.

A police officer said they had deployed personnel to manage traffic inside the airport and were also scanning cars entering the parking lot.

Airport sources said the licence fee for the three-month contract with Mahesh Sunny Enterprises was Rs 1.43 crore a month, compared with Rs 1.11 crore a month the previous agency had to pay.