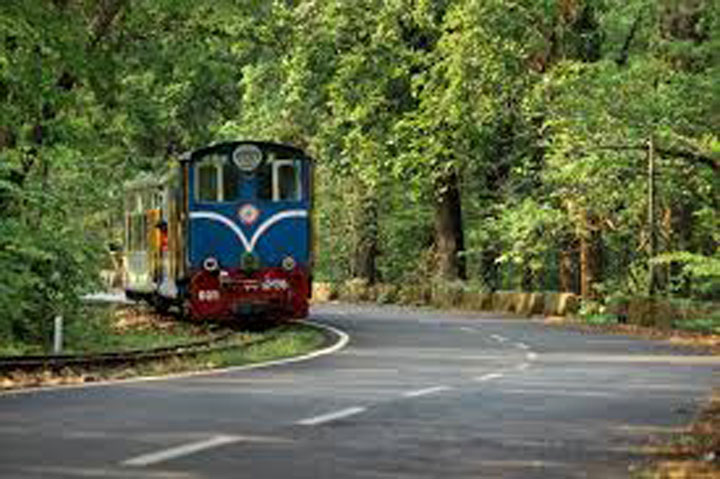 Family members amid claims that he was attempting a selfie, have said that he fell off after getting entangled in a cable that suddenly dangled near the door of his coach
Wikimedia Commons
TT Bureau   |   Siliguri   |   Published 15.10.19, 09:17 PM

Family members of Pradip Saxena, the tourist from Rishra in Hooghly who died during a toy train ride last week amid claims he was attempting a selfie, have said that he fell off after getting entangled in a cable that suddenly dangled near the door of his coach.

The family has accused the railways of not keep the tracks clean. “How can a cable suddenly dangle near the gate of a train? We don’t know whether it was a power cable because the moment he (Saxena) came in contact with it, he let out a shriek. There should be a proper investigation into the entire incident,” Saxena’s wife Namrata said on Tuesday.

State tourism minister Gautam Deb had said Saxena, 50, who was travelling with his wife and daughter, had died after he fell while clicking a selfie at the door of his coach during a joy ride on the toy train from Darjeeling to Ghoom.

“He was not clicking a selfie but shooting a video. Suddenly, the cable touched him and he fell with a shriek. We have the video he was shooting. We jumped from the running train and found him lying beside the tracks,” Namrata said.

Railway officials said an inquiry was on. “It was an unfortunate incident. We are collecting information and have told our staff that they should ask passengers not to take any risks,” said a rail official.

The family also questioned the state of the infrastructure at the hill hospital where Saxena was first taken.

“He was taken to a nearby hospital. He was alive for three hours and died from internal bleeding. It is disappointing that the hospitals in the hills do not have enough facilities to save human life. His wife and daughter were asked to take him to Siliguri (around 70km away) and on the way, he passed away at Kurseong,” said Sanjib, Saxena’s brother.

“Thousands of tourists visit Darjeeling and adjoining areas every year. How can the government hospitals in the hills run without proper infrastructure?” Sanjib asked.