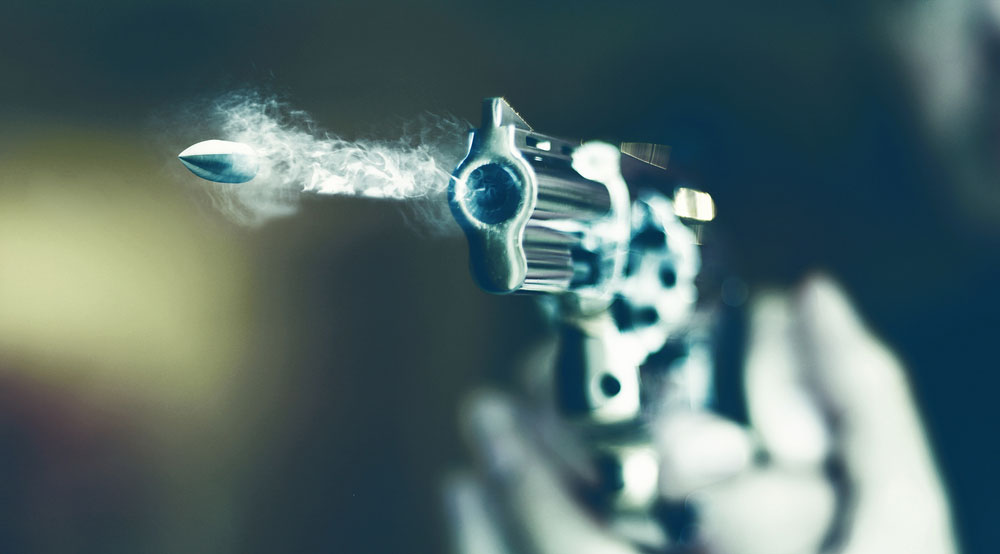 A Class VIII boy buying books at a market in Bankura’s Patrashayar was hit by bullets along with two others during a clash between BJP and Trinamul supporters soon after a rally by Bengal minister Suvendu Adhikari on Saturday evening.

The BJP said cops had fired to disperse two warring groups, a claim the police denied.

Soumen Bauri, 14, hit in the abdomen, was admitted to the Bankura Sammiloni Medical College and Hospital where BJP Bankura MP Subhas Sarkar, a physician, visited the student and the two others injured. According to Sarkar, Somen is “out of danger”.

The BJP has claimed that the other two injured, Tapas Bauri and Tula Prasad Khan, are party workers.

Sources said Soumen was buying books from a shop in the Patrashayar market when he was caught between the two clashing groups.

“He suddenly slumped after a bullet hit him in the belly,” said a local.

The police dismissed the allegation of firing and said the warring groups were dispersed with batons and teargas shells.

“We did not resort to firing but chased the mob by wielding batons and lobbed teargas shells to take control of the situation,” said Bankura police chief Koteswar Rao.

The trouble started during a rally of minister Adhikari, Trinamul’s observer for the district, around 5pm in Patrashayar. The area falls in the Bishnupur Lok Sabha constituency. The BJP’s Saumitra Khan, who had defected from Trinamul, won Bishnupur, defeating Trinamul’s Shyamal Santra by over 78,000 votes.

On Saturday, Santra said he was not aware of any police firing. “I have no information regarding this…. I only know that our workers were attacked by a BJP mob.”

Trinamul alleged that BJP workers had tried to prevent ruling party supporters from attending Adhikari’s rally, which ended at the Patrashayar bus stand around 5.30pm.

The situation worsened when Trinamul workers were returning from the rally to board buses back home.

“Trinamul workers were stopped by the BJP activists armed with sticks and rods. We called the police fearing they would attack us,” said a Trinamul leader in Patrashayar.

Both the ruling party workers and the BJP got involved in an altercation that soon snowballed into a clash. While the BJP workers started chanting “Jai Shri Ram” slogans, Trinamul workers retaliated with “Joy Bangla” chants. Adhikari had left the area by then.

Sources said the police were pelted with stones when they arrived at the spot and tried to intervene, prompting the baton-charge and lobbing of teargas shells.

The BJP claimed that around this time, the police opened fire, causing the three injuries. “Police said they did not fire, then why did the three people, including a boy, suffer bullet injuries?” asked Sarkar, the Bankura MP.

“The police have become trigger-happy in Bengal to please their Trinamul masters. They are targeting BJP workers as well as innocent people who have nothing to do with politics,” Sarkar said, adding his party’s workers were chanting Jai Shri Ram “peacefully” without engaging with Trinamul workers.

Late on Saturday night, a large police contingent was deployed in the area.