Construction hurdle in right of way 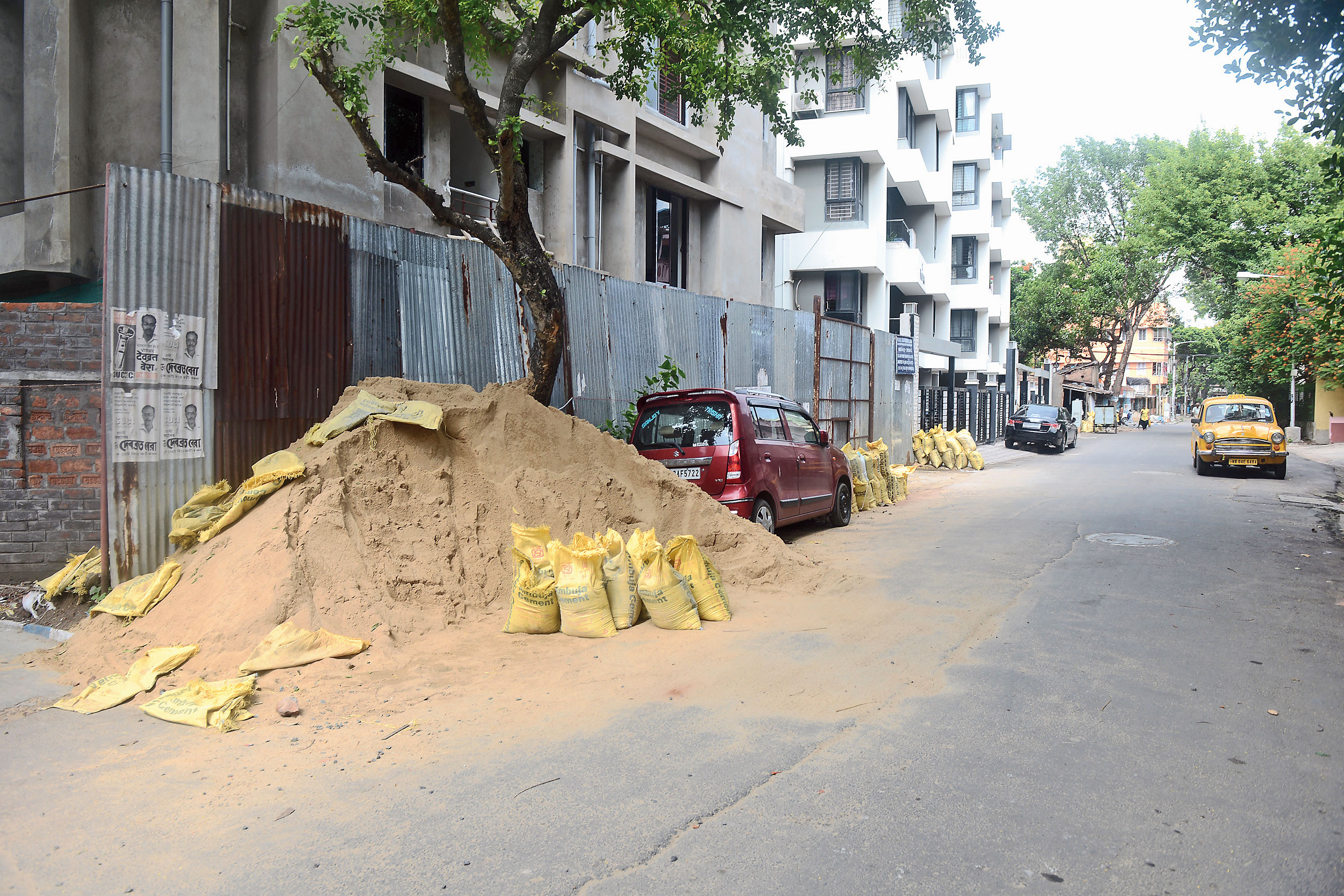 Construction materials and wastes lying stacked on a road or completely blocking a footpath is all too common across the city and this has left environmentalists worried as they are a key source of air pollution.

The materials are stacked in violation of norms that the Calcutta Municipal Corporation has recently fixed to curb air pollution in the city.

These norms include mandatory wrapping of the building under construction with dust barrier screen so that the dust doesn’t fly outside. The construction materials should not lie scattered and uncovered and no building materials should lie on the footpath without written permission of Calcutta Municipal Corporation (CMC). State environment secretary Prabhat Mishra recently informed the National Green Tribunal (NGT) about the CMC made norms.

But the reality is different. Across Calcutta, building materials lie on the footpath beyond the period for which stacking is allowed by the civic body. The materials are not covered either.

The picture is the same in Garia’s Sreenagar Road, in mayor Firhad Hakim’s backyard Chetla or in Bagbazar in north Calcutta. A resident of Garia said that he feared riding his two-wheeler on Sreenagar Road.

“Sand, stone chips and bricks reduce the width of the road every 150 metres. If a bus comes from the opposite side, then the road gets so narrow that I am forced to ride on the scattered sand and stone chips,” said the resident who did not want to be named.

In Chetla’s Peary Mohan Roy Road and Sankar Bose Road building materials lie stacked in front blocking part of a road and an entire footpath. On Rabindra Sarani, a similar scene was noticed.

“It has become impossible to walk on Ballygunge Circular Road these days with construction materials remaining dumped and scattered on footpath. Apart from being forced to walk on the busy road, it’s difficult to breathe in the zone especially during strong winds,” said an elderly woman from the area.

“It’s a fact that the construction activities cause pollution and many of them are not sticking to the norms. We will start taking actions according to the norm,” said PCB chairman Kalyan Rudra.

The rules say that construction material should not be kept in public places such as footpaths or roads for more than two months after work begins but only a few adhere to the norm. “We have issued the norms about six months back and it’s a fact that many continue to flout it. We are planning to convene an awareness meetings for builders, engineers and contractors about the norms and construction triggered pollution before taking actions against the violators,” a senior engineer of the CMC told Metro.

“Asian Development Bank has stated a few years back that about 30 per cent of city’s air pollution comes from construction. The Neeri draft report has also informed that substantial PM10 pollution is caused by construction. The environment department and the PCB should take actions against the violators,” said environment activist Subhas Datta.

“We have already circulated the norms among our members, now it’s the responsibility of the CMC and the PCB to fine the violators,” said Nandu Belani, president of the builders’ platform Credai.