Too many holes to plug, say officials 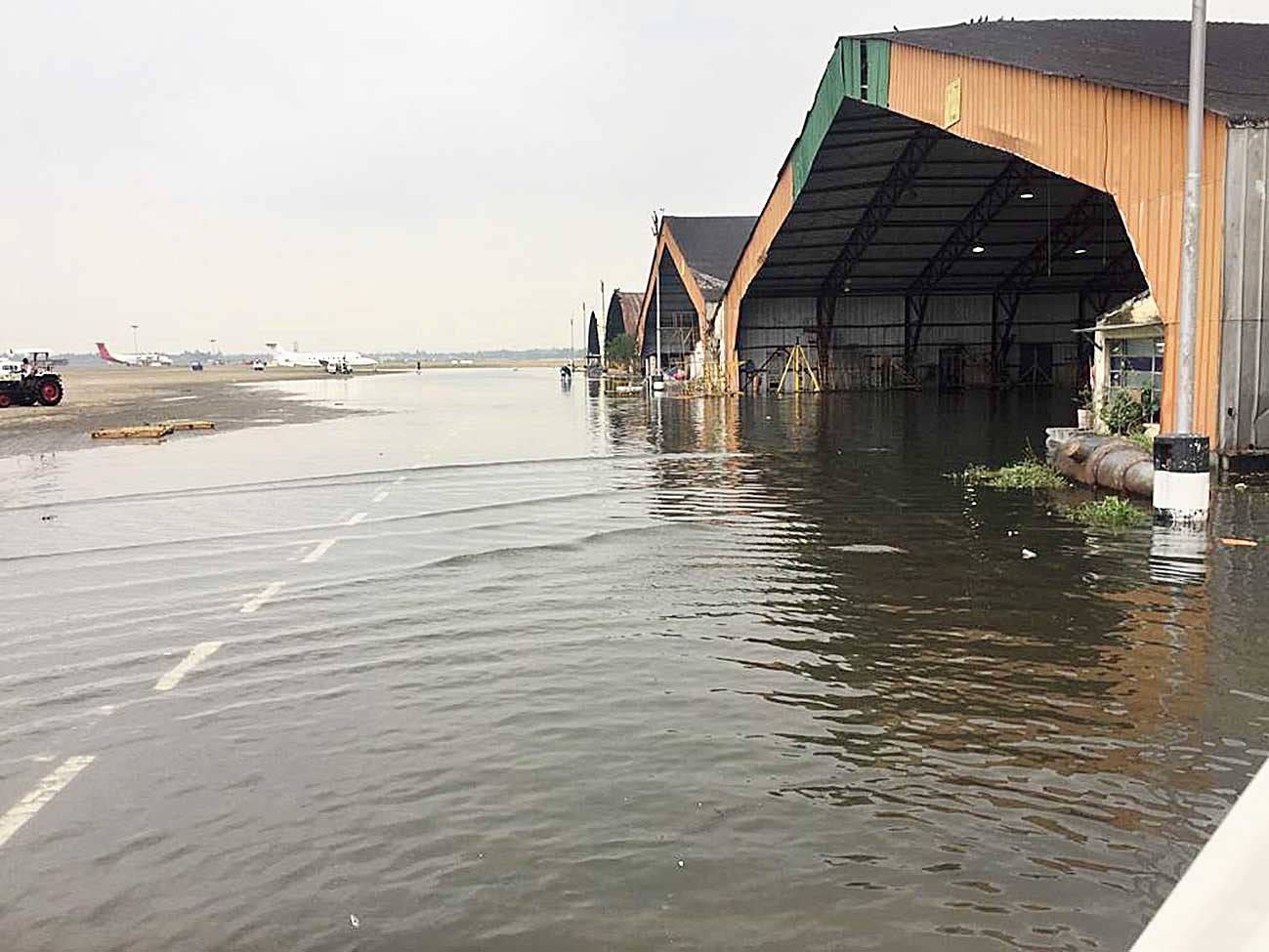 The three-day wet spell since Monday caused the airport’s roof to leak again, forcing the authorities to place buckets and baggage tubs across the departure area to collect the falling water drops.

Officials said they were trying to plug the leaks but there were too many of them. “Rainwater seeps into the terminal through widening gaps in the roof joints every time there is a downpour,” an official at the airport said.

“We have repaired many of these joints but there are hundreds of such leaks across the roof and it’s almost impossible to detect all.”

The design of the roof, he pointed out, is making it difficult for the maintenance staff to detect the leaks.

“Water seeps in through one leak and then flows and drops through another. So, it is taking a long time to detect all leaks and plug them,” the official said.

Water leaking through the roof of the departure area of the integrated terminal, which was unveiled in 2013, is a common sight every time it pours.

During the wet spell from Monday to Wednesday, the authorities did what they usually do in such situations — place buckets and baggage tubs below the leaks. The affected pockets include the check-in area and the business class lounge in the international section.

Officials said a proposal to seek help from ITD-ITD Cementation, the Indo-Thai joint venture company that had constructed the new terminal, is yet to be accepted by the airport authorities.

“Workers of the agency that has an annual contract for the terminal’s maintenance plug the gaps every year. But water leaks through the roof every time it rains, which shows gaps still exist,” an official pointed out.

The gaps have allegedly been caused by workers walking over the tin roof for maintenance and repairs. “Workers are forced to walk on the tin roof in the absence of dedicated service walkways and their weight makes the welding of the joints give away, resulting in leaks,” another official said.

Work on installing walkways on the terminal’s roof has started. “The integrated iron structures are around a metre wide. Workers will be able to walk through them in a single file,” the official said.

The plan to install the walkways was proposed in 2012-13 but could not be implemented apparently because of a delay in getting approval from the Airports Authority of India.

“We are expecting the work to be over by April. This rain was unexpected,” the official said.

Some of the airline offices in the basement of the international section got flooded, too. “The floors are flooded every time it rains because of a faulty drainage system,” said an official of an airline. “At every meeting we raise the issue but nothing has changed,” he alleged.

The hangar areas, where planes are kept, get flooded, too. Airport officials blame poor drainage work by civic bodies for the waterlogging.