Leaders of tea trade unions, who are also members of the advisory committee, are demanding a minimum wage of around Rs 350 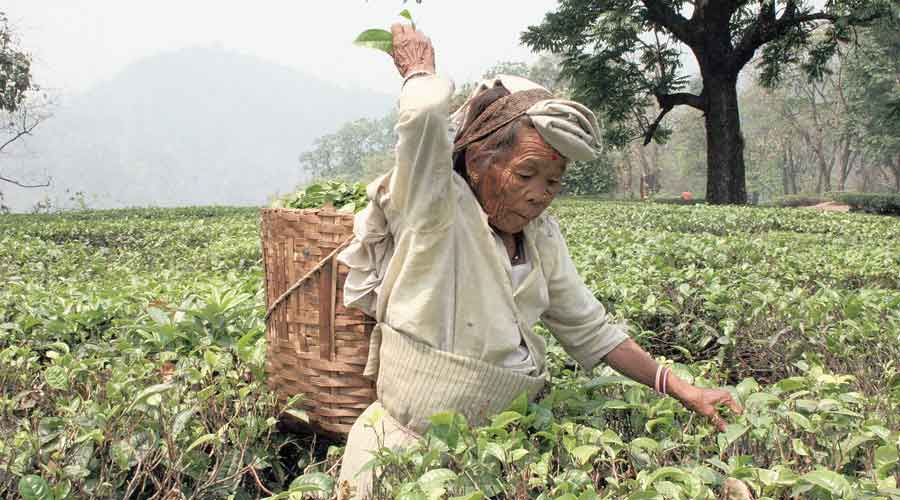 The Bengal labour department has asked tea planters to submit a proposal of the minimum wage that they can offer to over three lakh workers in the sector.

The instruction was given at a meeting of the advisory committee that was formed in 2015 by the state government to recommend the minimum wage for the tea industry. The meeting was held at the state guest house here on Friday.

“The labour department has asked us to propose the minimum wage rate in the next 10 days. We will prepare the proposal keeping in mind a number of factors and hand it over to officials concerned in due time,” said Prabir Bhattacharjee, secretary general, Tea Association of India.

Representatives of different planters’ associations pointed out that the Bengal government itself had prepared in 2015 a paper containing a set of principles which were to be followed for the calculation of the minimum wage.

“It has also been mentioned that along with the wage in cash, tea companies spend additional amounts to provide certain benefits to workers and their families. These non-cash components should also be considered while computing the minimum wage,” said a tea planter.

The delay in the advisory committee reaching on a decision on the minimum pay had made the Mamata Banerjee government propose an interim hike in the wages in January last year. The wage was increased from Rs 176 to Rs 202 a day.

Leaders of tea trade unions, who are also members of the advisory committee, are demanding a minimum wage of around Rs 350.

Sources in the labour department hinted that they will consider proposing another interim hike in wages if no decision is reached soon.

“Once we receive the proposal from the planters, another meeting will be held to discuss the matter. If the issue is not resolved then, the state might again propose an interim hike in wages,” said a source.